There are many perks to being a writer and recipe developer in the food and drinks industry. I literally eat and drink for a living. It’s the ultimate life-hack. But one of the perks I didn’t know would be such a fun and common occurrence were the launch parties. When a new product is about to hit the market, brands tend to throw themed parties for the press to stir up excitement. They’re fabulous. Not only do I get to go to these parties as part of my ‘job’, the brands often let me bring a guest… and if you’re a parent of a toddler, you know exactly why this makes me so happy. Work with a date night sneaked in?! Heck yeah! So you can imagine my squeals of joy when I received an invite to the launch party for Crown Royal’s limited edition bottle of magic, Texas Mesquite. Whiskey, BBQ, live music, and a night out sans 2-year-old?! Before you could say ‘Lone Star State’, I had my dancing shoes on and was pulling my husband out the door. Since I didn’t want any of you lovely readers to miss out on the fun and delicious smoked whiskey, I documented the whole night. Here’s how it went down at the Houston launch party for Crown Royal Texas Mesquite…

Crown Royal Texas Mesquite pays homage to two great Texas traditions, BBQ and Crown Royal. So it only seemed fitting that the night’s festivities would be hosted at one of the city’s most famous meat joints, Jackson Street BBQ. An endless supply of stellar BBQ fair like St. Louis style ribs, smoked brisket, and venison kolaches started the party off with a scrumptious bang as signature cocktails were served. I know what you’re thinking and don’t worry, the signature cocktail recipes are featured below. It was at this time that I got my first look at the rustically sleek bottle for Crown Royal Texas Mesquite.

Crown Royal Texas Mesquite is a blend of Crown Royal Deluxe infused with the smoky soul of locally sourced Texas mesquite wood. The result is a unique flavor that is smoky and spicy with the distinctive smoothness of Crown Royal. That’s the good news. Now here’s the bad news: It’s only available this summer in Texas and other select markets nationwide beginning in mid-May. So, although that means that not all of you will be able to get your hands on a bottle, my hope is that those of you that can purchase Crown Royal Texas Mesquite, will! 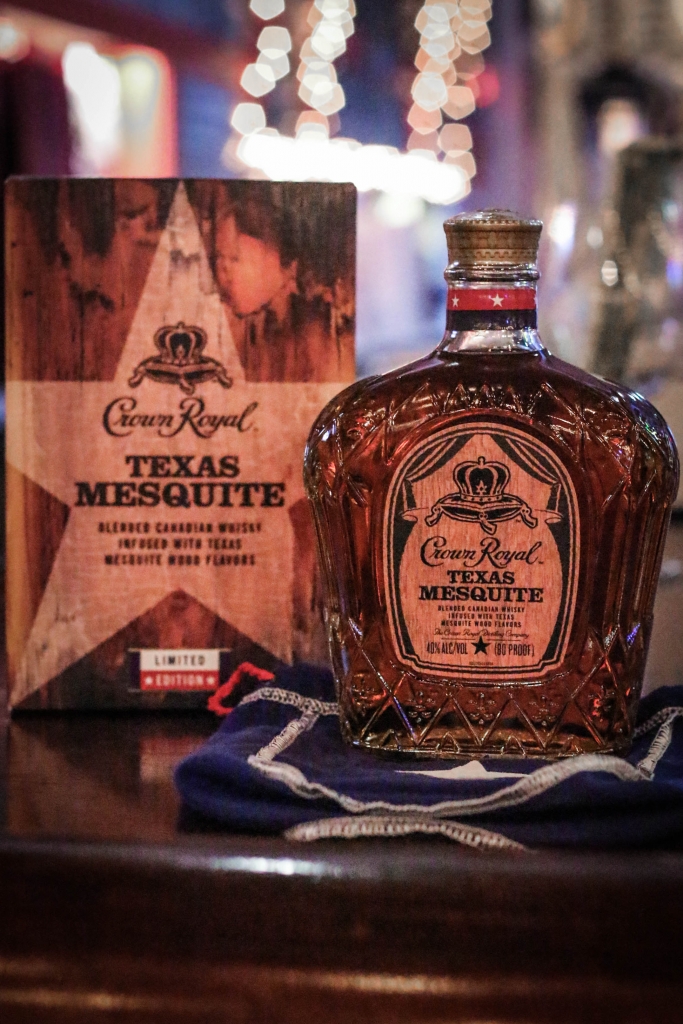 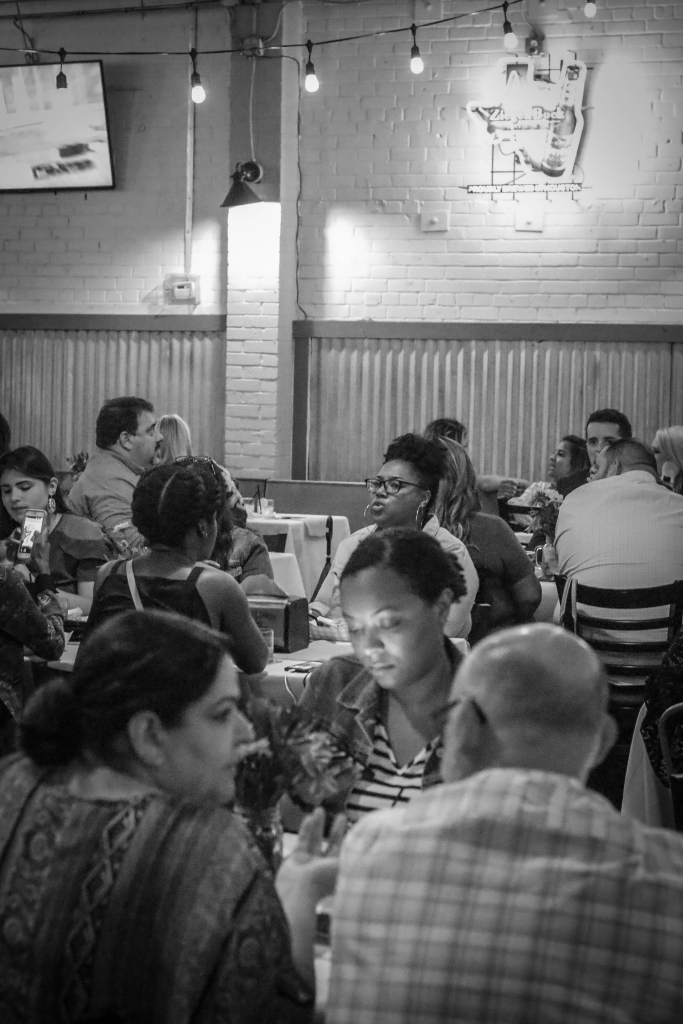 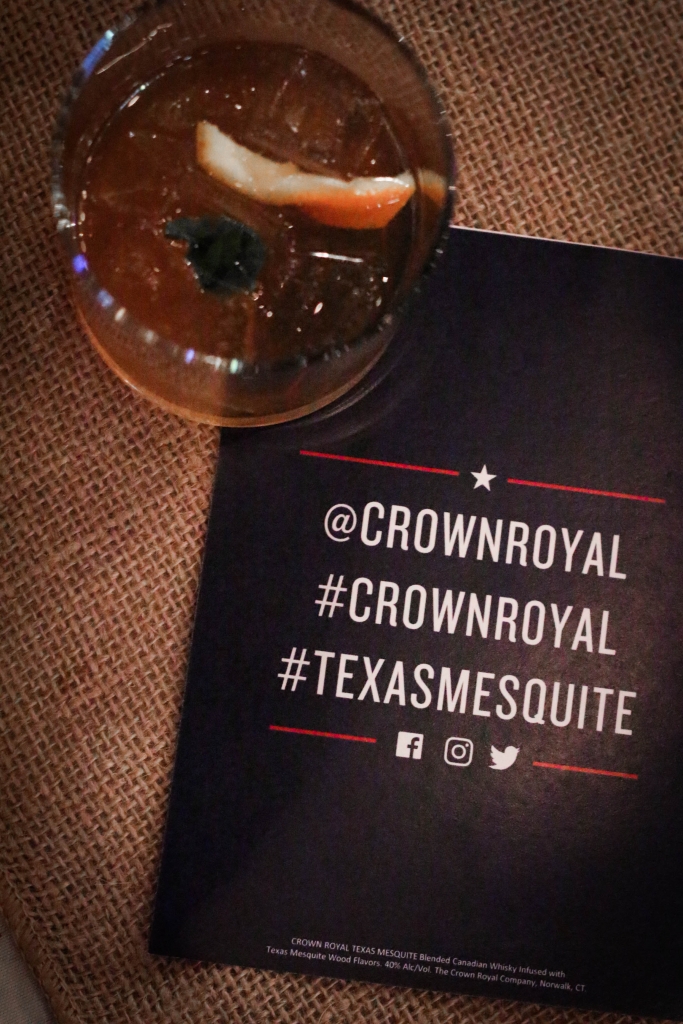 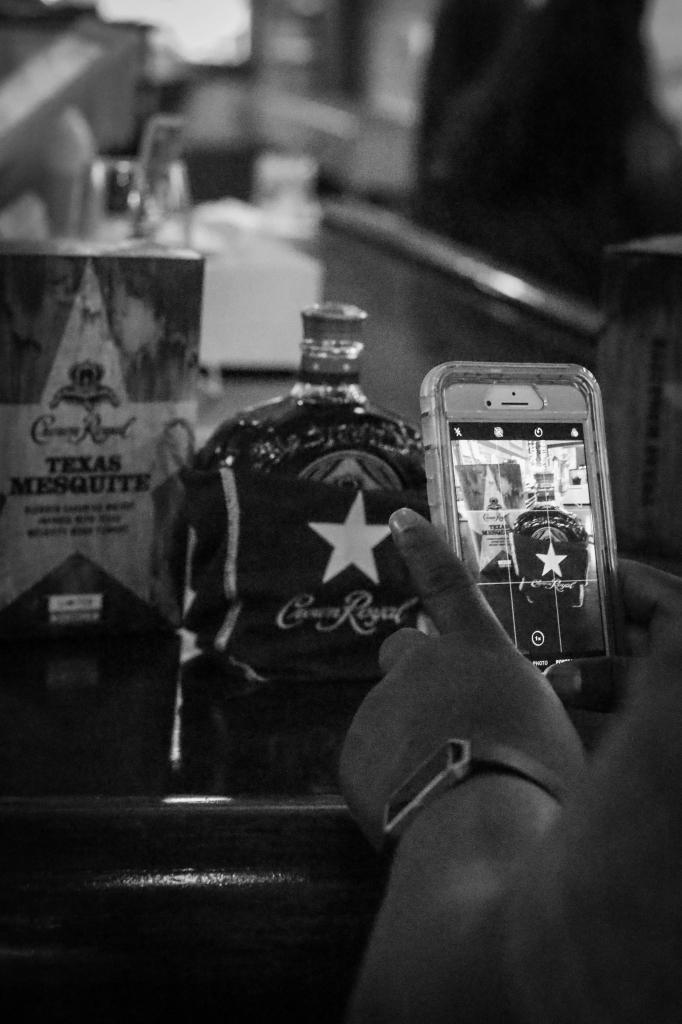 Once dinner started winding down, it was time for the real meat of the night… the whiskey tasting! It was my first unadulterated sip of the liquor and let me tell you, it’s fantastic. Crown Royal brand expert, Stephan Wilson led us through the proper way to taste and truly appreciate the smokiness of Texas Mesquite. 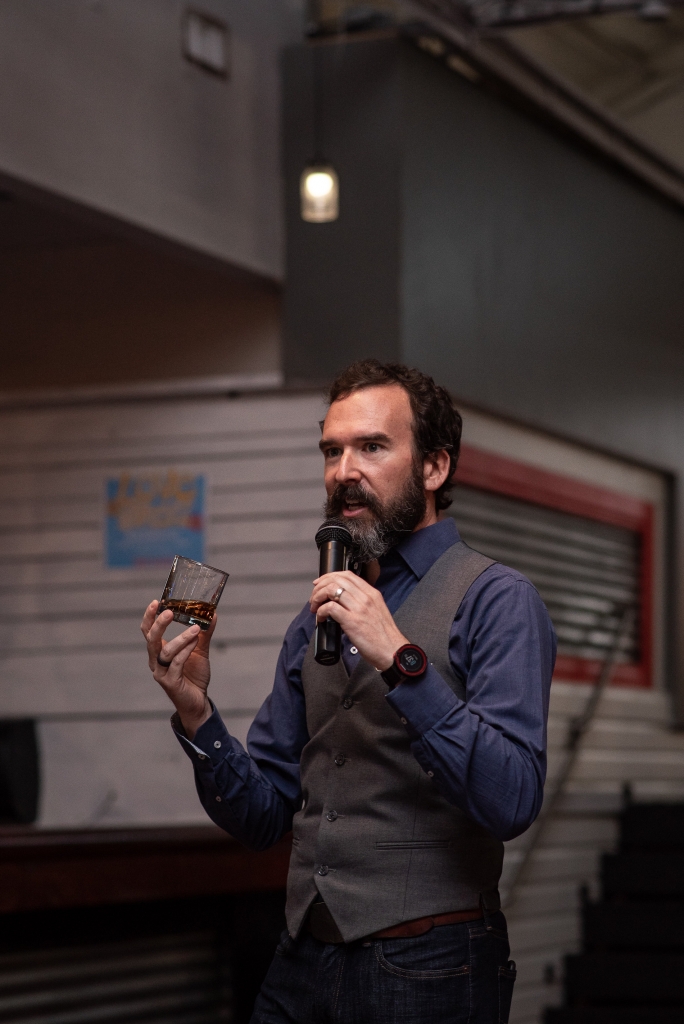 In order to truly appreciate the delightful complexity of Texas Mesquite, you really do need to have a proper tasting experience. Instead of me trying to walk you through a whiskey tasting, let’s just have the expert do it…

For an extra bit of help, here are the official tasting notes… 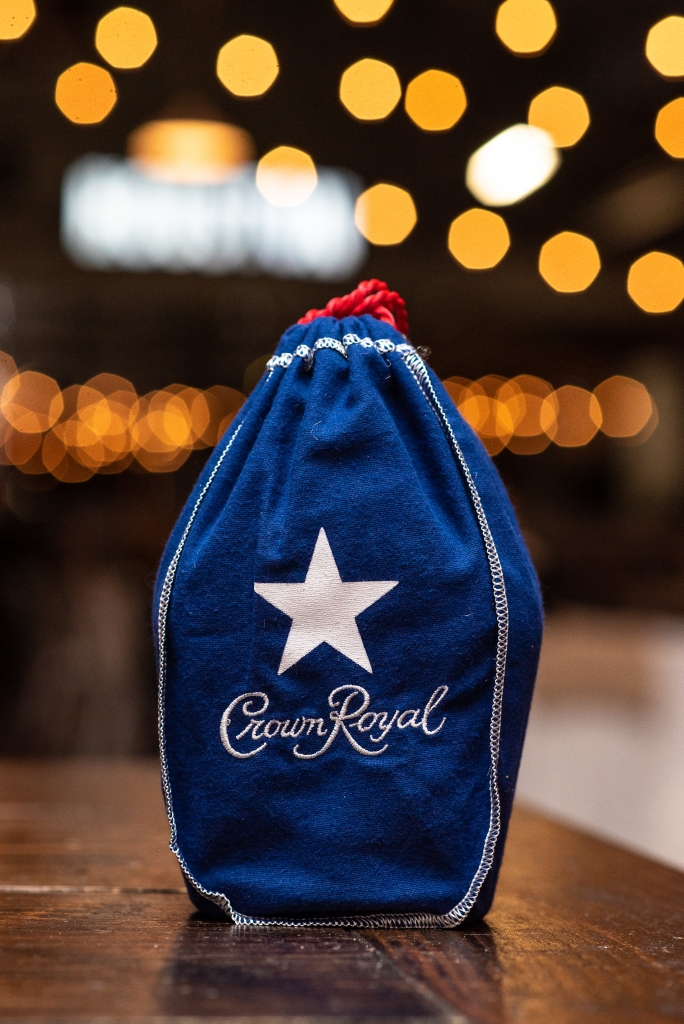 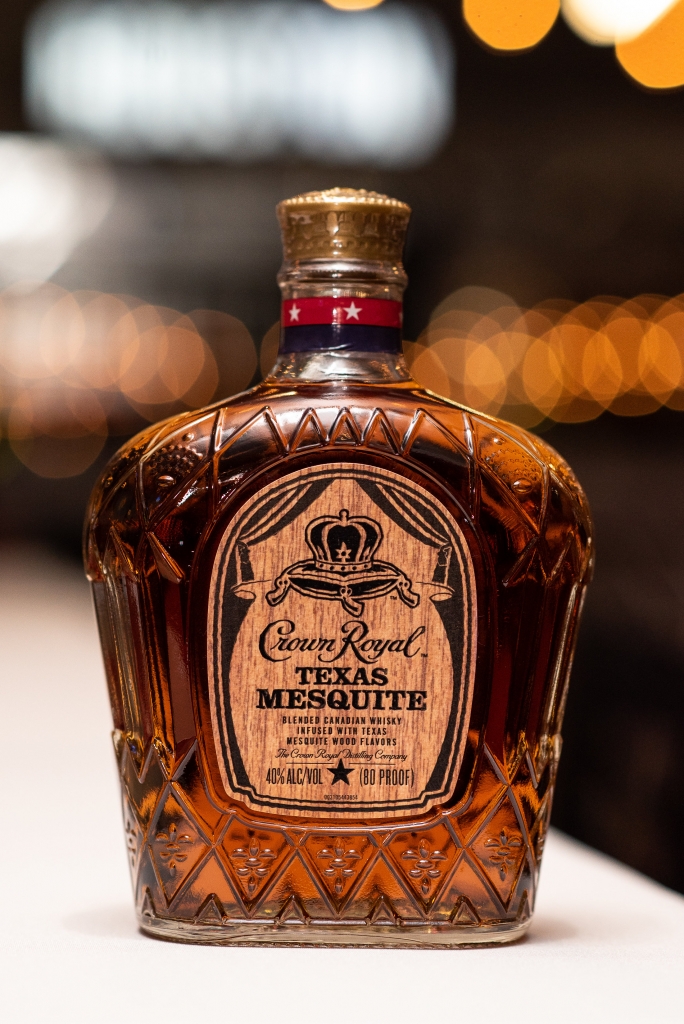 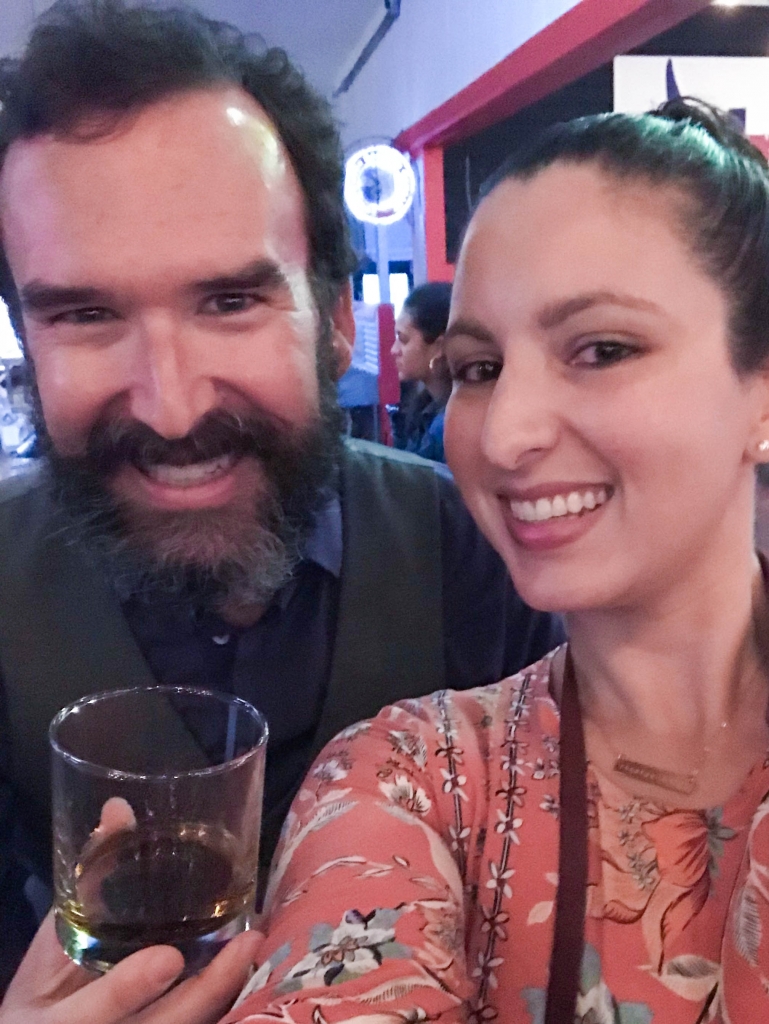 As promised, here are the recipes for the night’s signature cocktails. I highly suggest you get your hands on a bottle of Crown Royal Texas Mesquite and get to mixing, my friends! 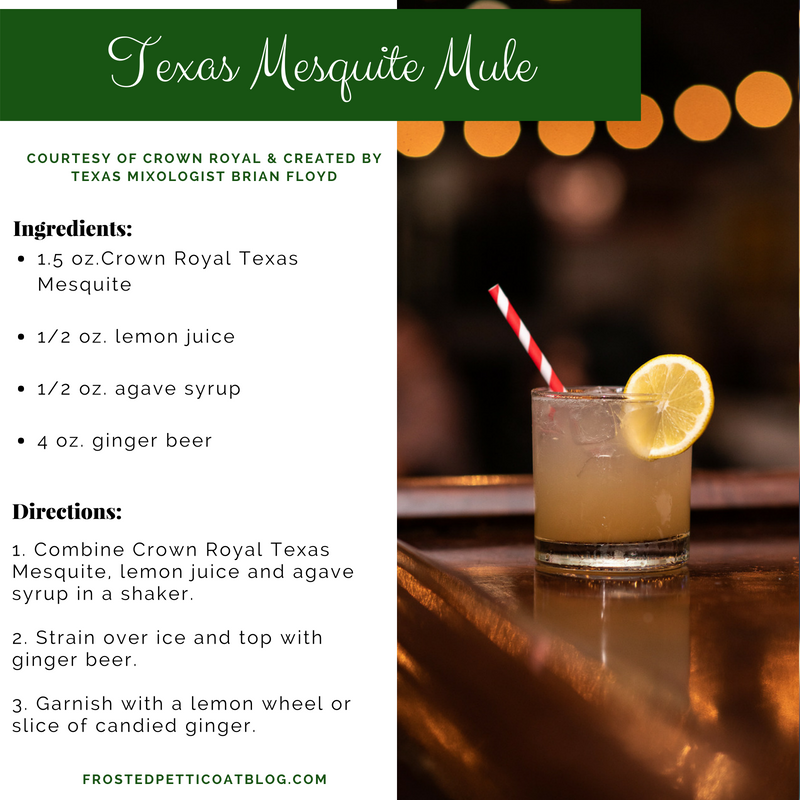 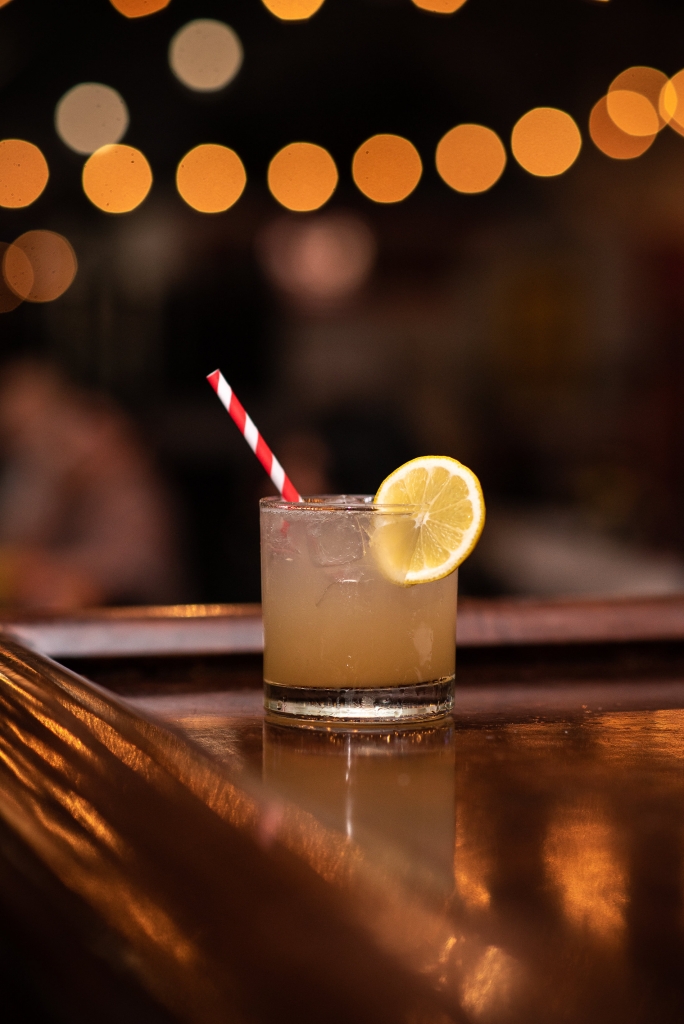 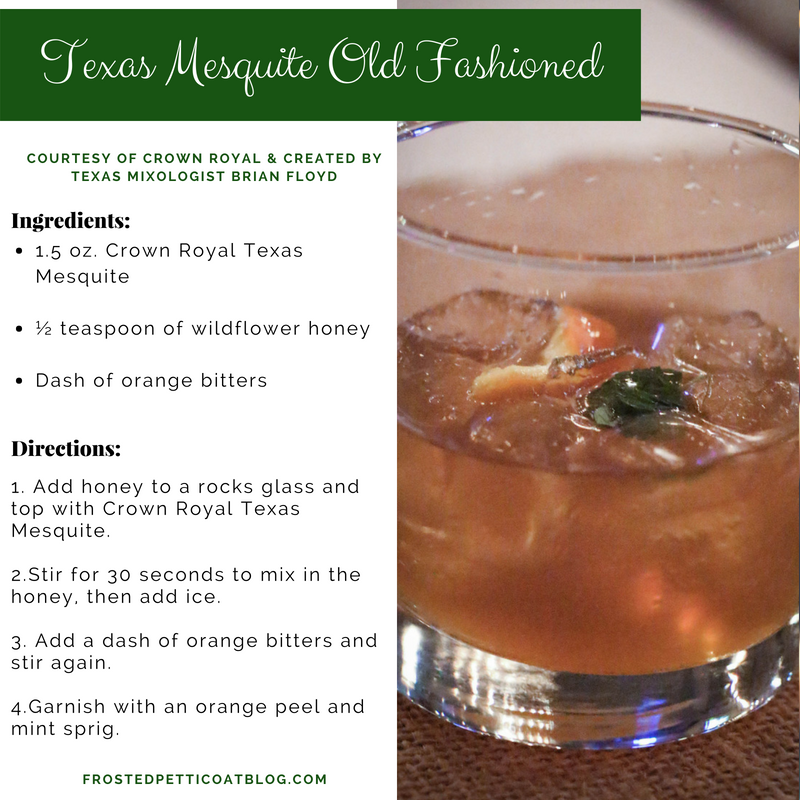 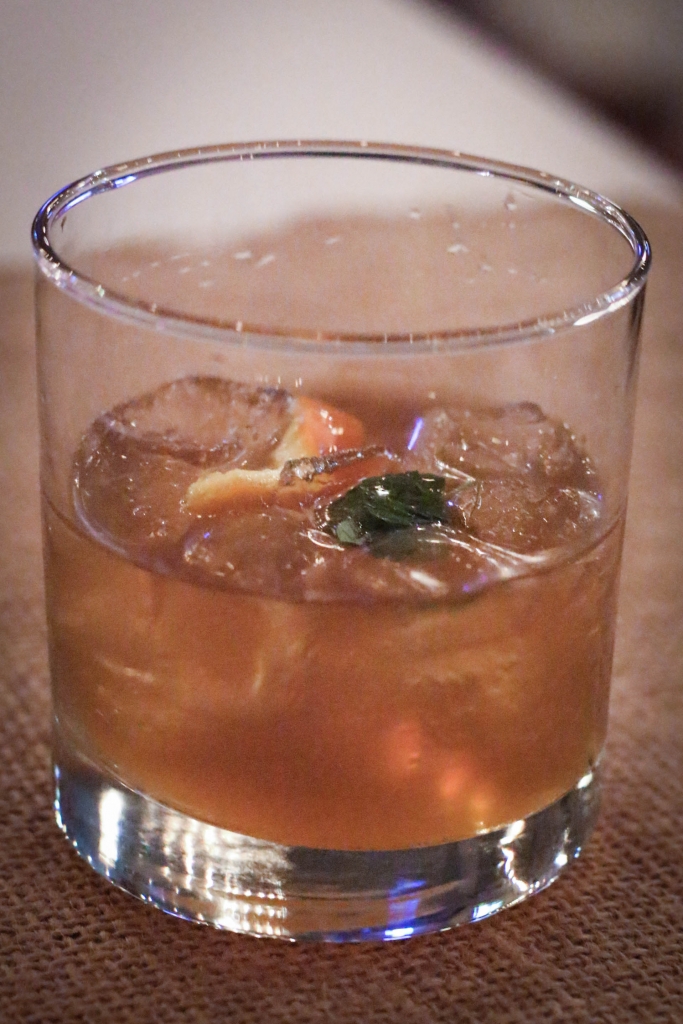 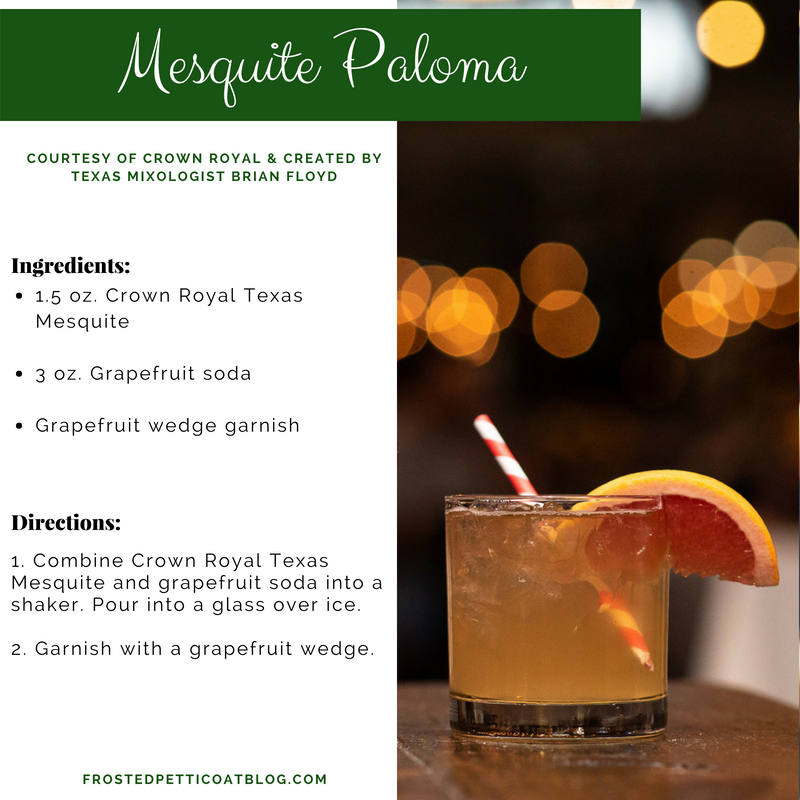 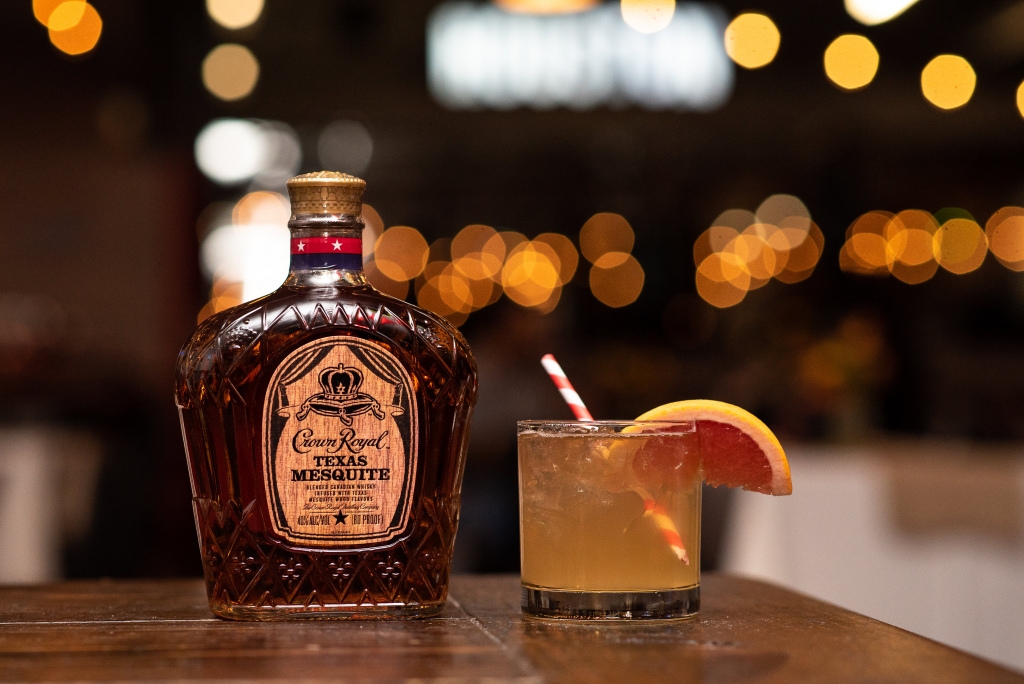 Now that all the business end has been taken care of, it’s time to party! You have the Crown Royal Texas Mesquite tasting notes, a small arsenal of signature cocktail recipes to go with the bottle, and now I leave you with the sweet music of the night’s entertainment.

Oh yeah, I forgot to mention that there was a kicking photo booth, by ShutterBooth, set up at the party. Here’s how many of us ended the night… 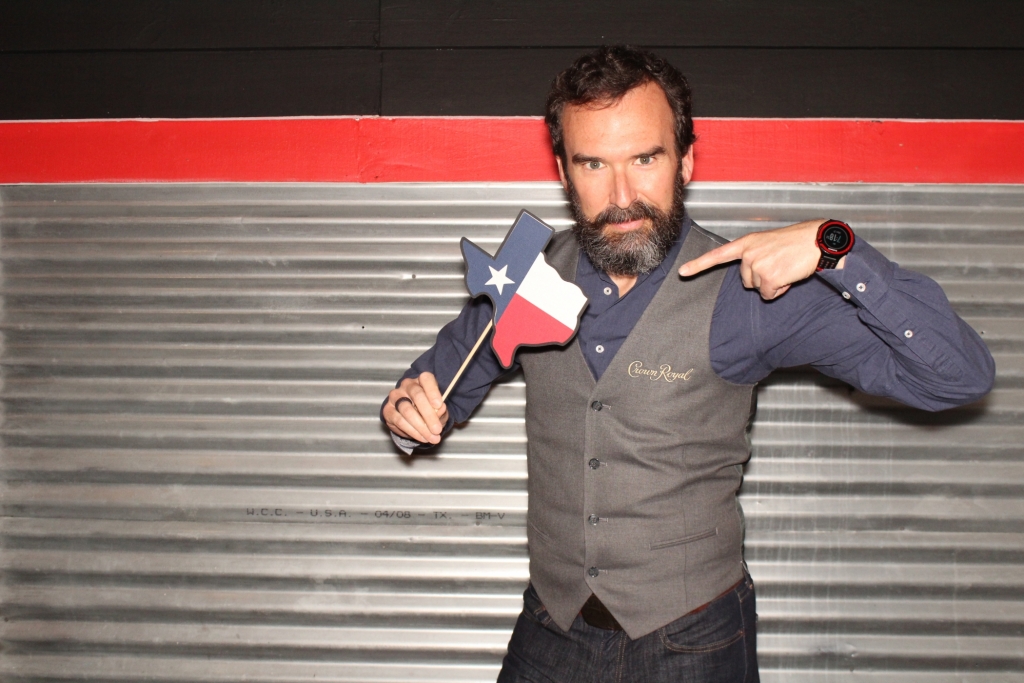 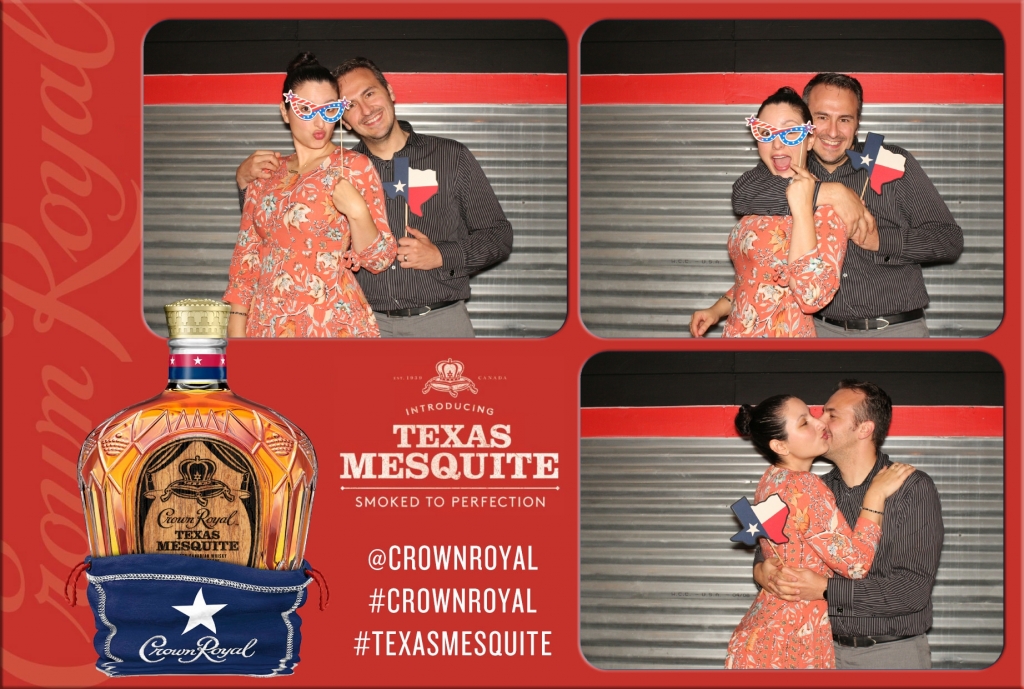 There you have it! A thoroughly Texan launch party for a thoroughly Texan spirit. And since I am so lucky in my career, I want to extend that luck to one of you lovely readers by giving you the chance to receive a $50 Visa Gift Card. This way, you can throw your own Texan-style party with some BBQ and a bottle of Crown Royal Texas Mesquite. Enter below!

a Rafflecopter giveaway
Get more information on Crown Royal Texas Mesquite here and make sure to pick up a bottle of the limited edition gem before it’s too late!

Special thanks to Crown Royal and ShutterBooth for providing promotional photos!