The holiday season is in full swing, but that doesn’t mean we can’t start thinking about the Super Bowl. In particular, the game day menu. If you’re going to be hosting a viewing party in the next few months, then now is a great time to perfect finger foods. To get you in the Super Bowl spirit, I’ve created the ultimate game day recipe… Asiago Bacon Bites with Whiskey Sauce. And with the help of Twin Dragon Won Ton Wrappers from my friends at JSL Foods, it’ll be easy! Let’s jump right into the recipe tutorial… 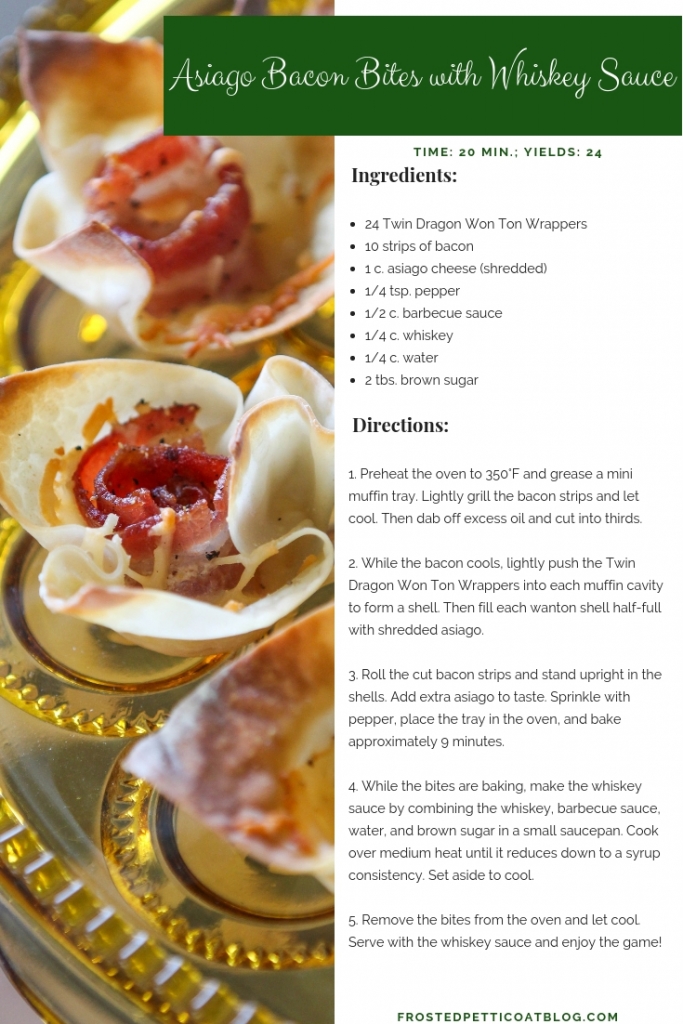 The best thing about this recipe is that it can be made ahead of time. Because let’s be honest, once the game is on, you don’t want to be in the kitchen. So follow along with the recipe tutorial below and start planning your fantasy football team. First preheat the oven to 350°F and grease a mini muffin tray. Lightly grill 10 bacon strips and let them cool. Then dab off any excess oil and cut the strips into thirds. While the bacon cools, lightly push the Twin Dragon Won Ton Wrappers into each muffin cavity to form a shell. These wrappers are so versatile and easy to work with, I recommend always having them on hand. 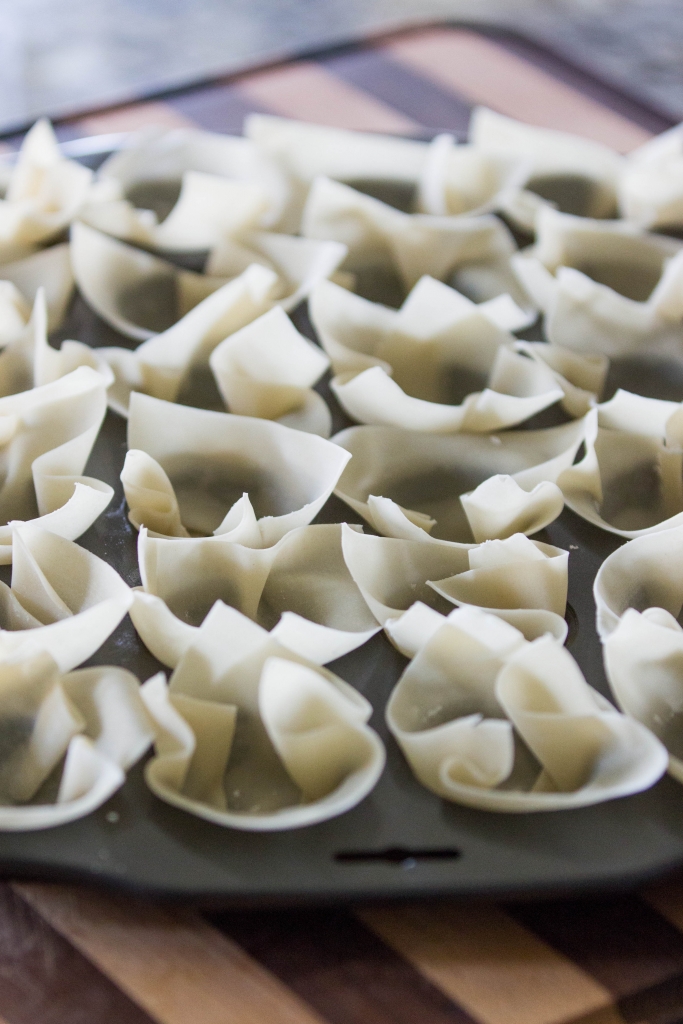 Then fill each wanton shell half-full with shredded asiago. 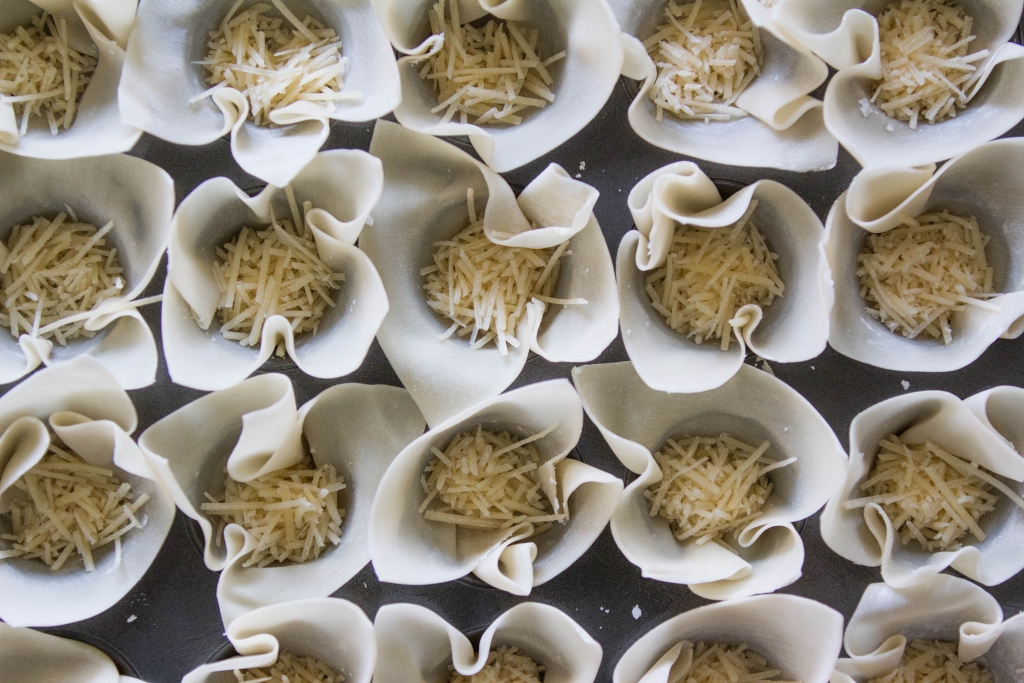 Roll the cut bacon strips and stand upright in the shells. Add extra asiago to taste. Sprinkle with 1/4 teaspoon of pepper, place the tray in the oven, and bake approximately 9 minutes. 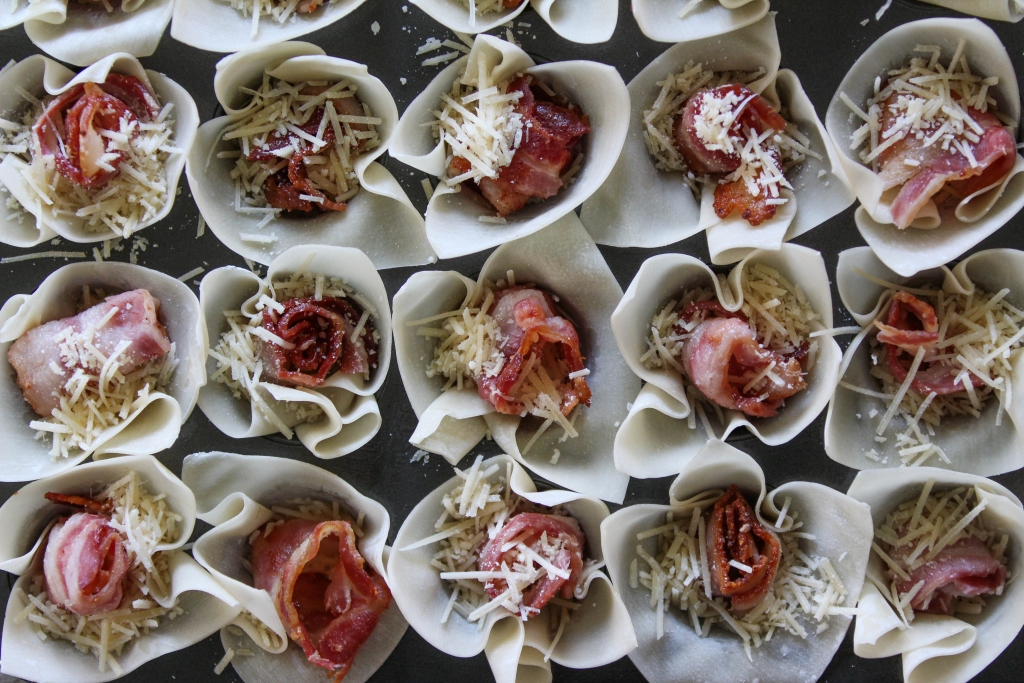 While the bites are baking, make the whiskey sauce by combining 1/4 cup of whiskey, 1/2 cup of your favorite barbecue sauce, 1/4 cup of water, and 2 tablespoons of brown sugar in a small saucepan. Cook over medium heat until it reduces down to a syrup consistency. Meanwhile, remove the bites from the oven and let cool. Serve with the whiskey sauce and enjoy the game! 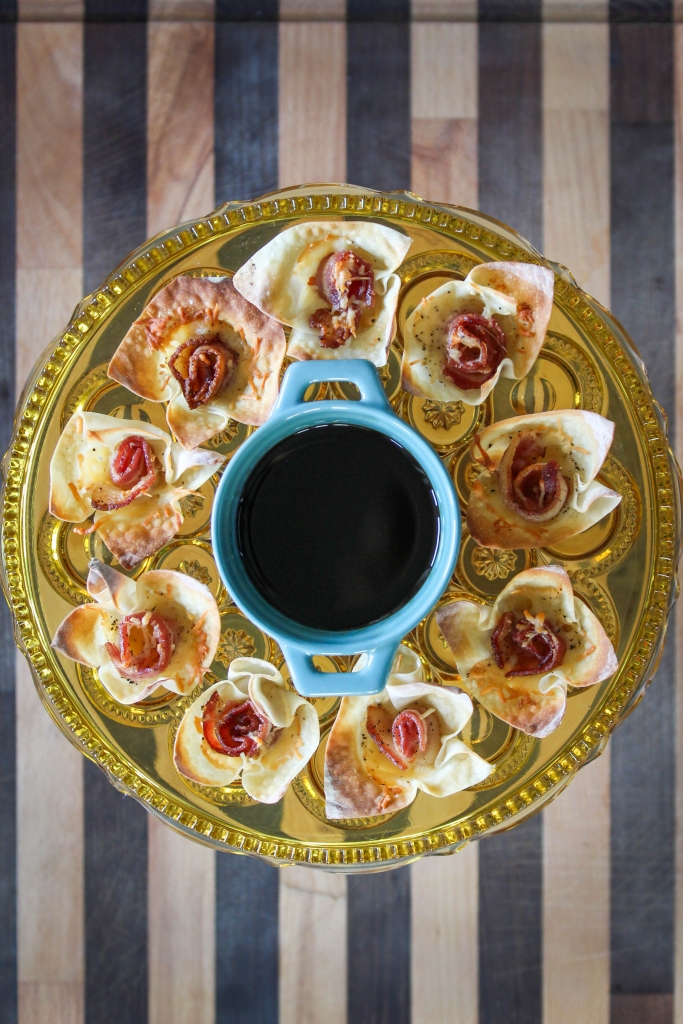 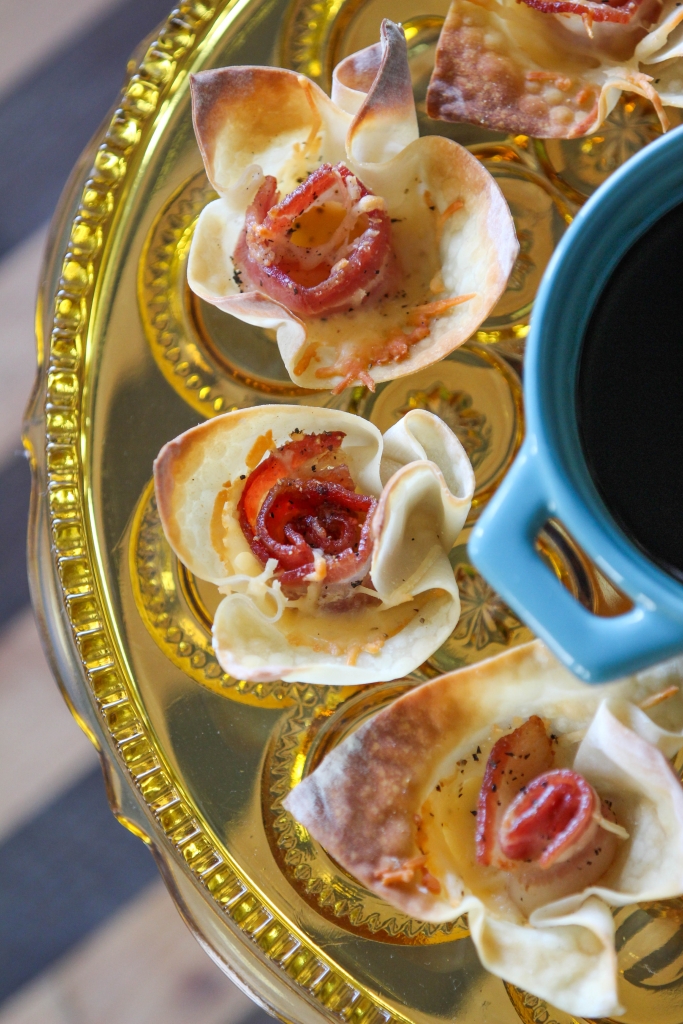 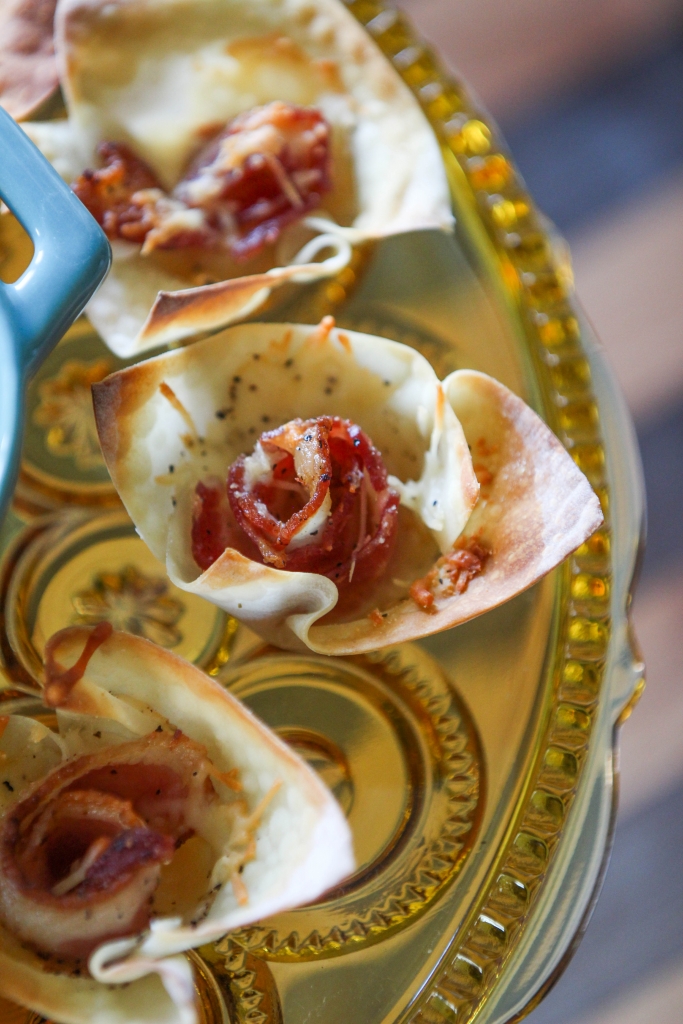 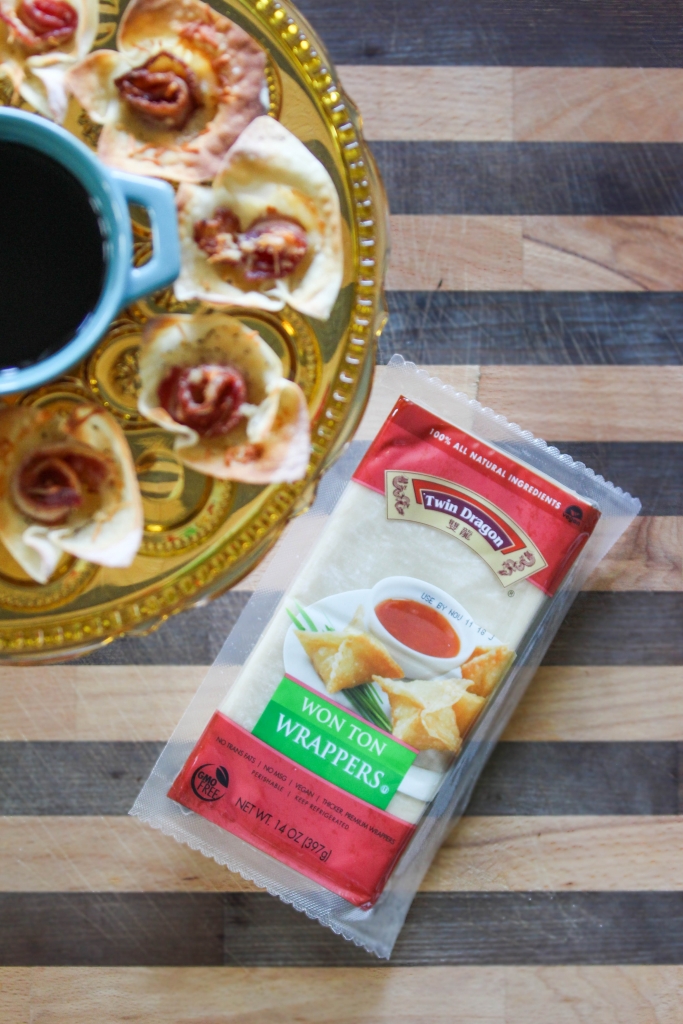 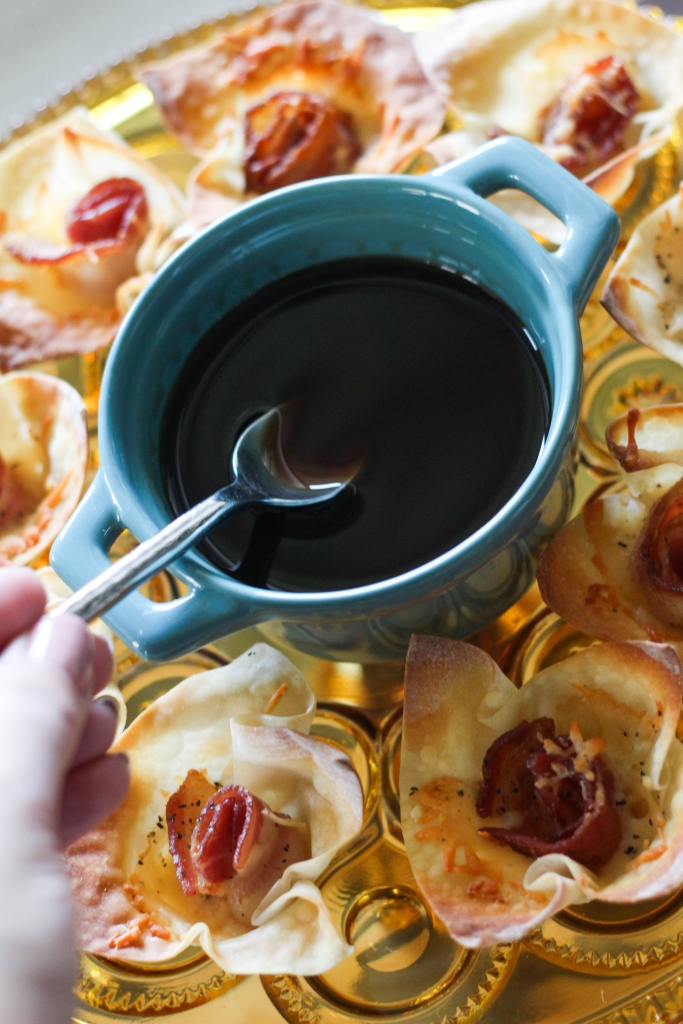 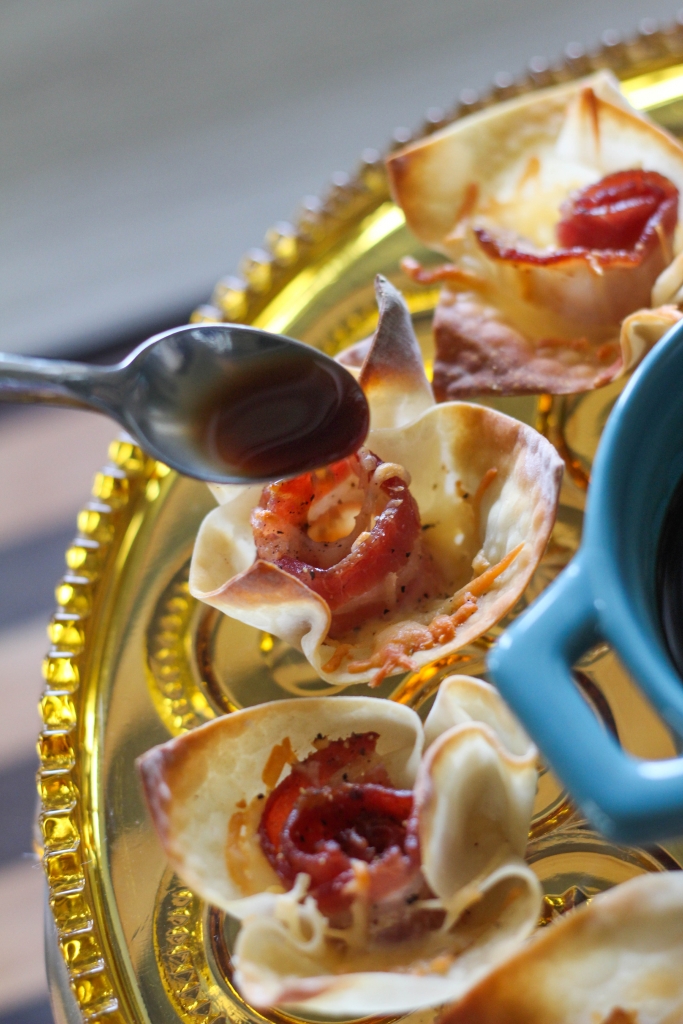