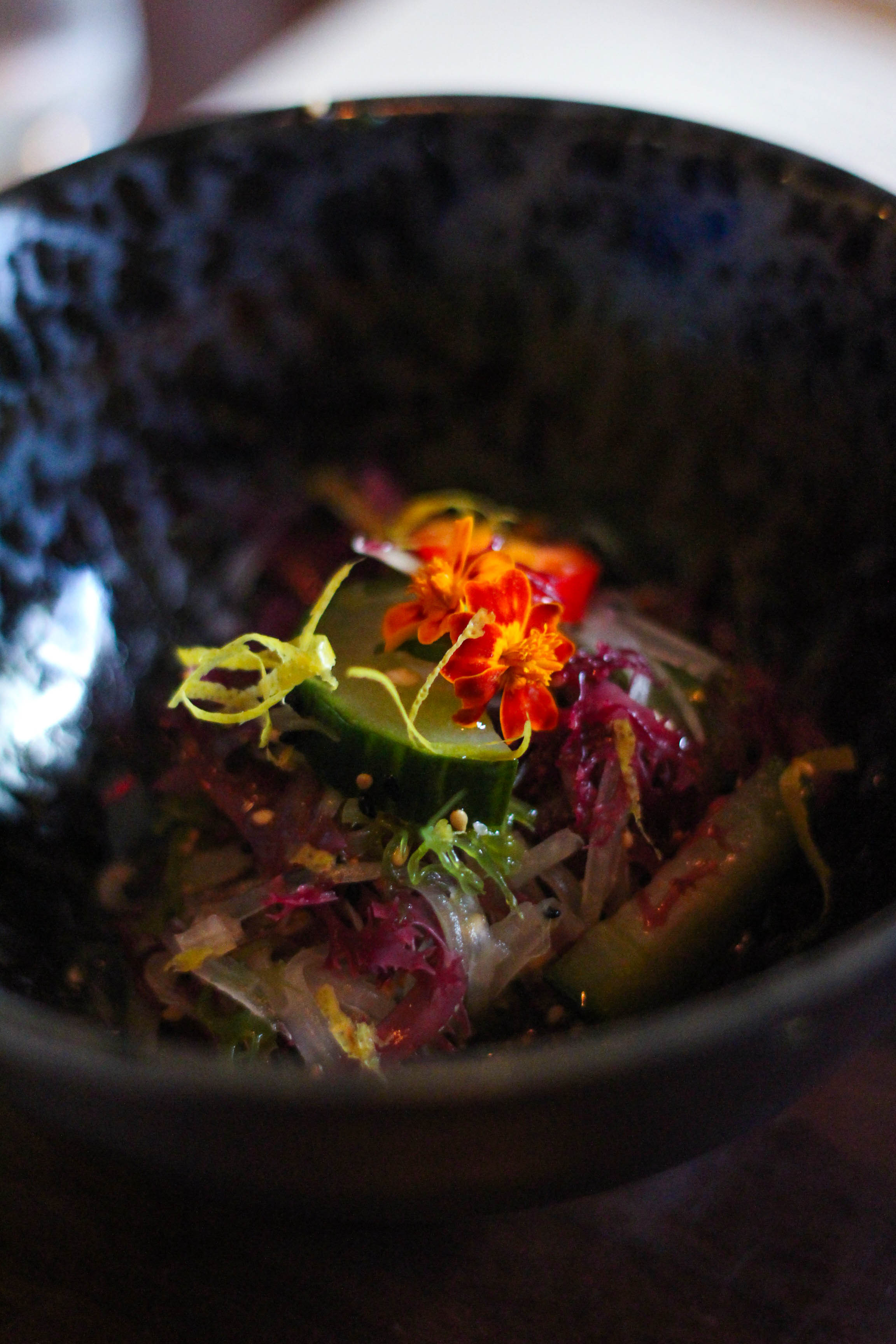 It is a rare occurrence that a restaurant patron finds themselves in a serendipitous moment. A moment between obscurity and unmitigated glory. However if you dine at Uchi in Houston’s trendy Montrose quarter, you will find yourself in that exact fateful hour. You will likely be dining on the creations of the restaurant’s new Chef de Cuisine, Chris Davies. As bite after triumphant bite fills your mouth, one thing will become very clear… he is a culinary wizard with undeniable talent. Mimicking that of the city’s rising foodie fame, Chef Chris Davies is in the twilight of glory and you just so happen to be witnessing all of this at it’s birth.

Drawing on his experience in diverse regions and cultures, Chef Chris Davies finds innovative ways to merge his signature flavors of the Middle East and the Pacific Northwest with his ventures. It is this unique combination that he brings to Uchi. His first inspiration comes from childhood memories of growing up in two vastly different landscapes. From shopping for ingredients with his mother in the souks of Egypt to his formidable years as a young man in Portland, Oregon, his exposure to an array of flavors served as a divine foreshadowing. He officially began his culinary career in Portland and Seattle before moving to Chicago in 2012 to become sous chef at the Michelin-starred Acadia restaurant. An undeniable talent, he went on to work as Executive Chef of Homestead on the Roof and later at Steadfast at the Gray, racking up an impressive list of accolades for such a young career.

I recently had the honor to sample every one of Chef Chris Davies’ new additions to the Uchi Sake Social menu and it was 2 hours filled with a delicious symphony of Asian-fusion flavors. In addition to menu classics already well-established at Uchi, guests were treated to duck Tom Yum, tomato Thai chili, duck confit with lemongrass, and pineapple red bean cheesecake. Each course being presented to our table by Chef Davies himself, I was caught off guard by his unassuming and humble presence. As he placed each plate in front of us, he seemed solely focused on a memorable dining experience for his patrons and not on self-promotion… two unusual characteristics in the world of restaurant press-previews. I decided to do a blind tasting of the items, not allowing myself to be biased by which dishes had been newly created by Chef Davies. It quickly became clear that some items vastly outshone others. 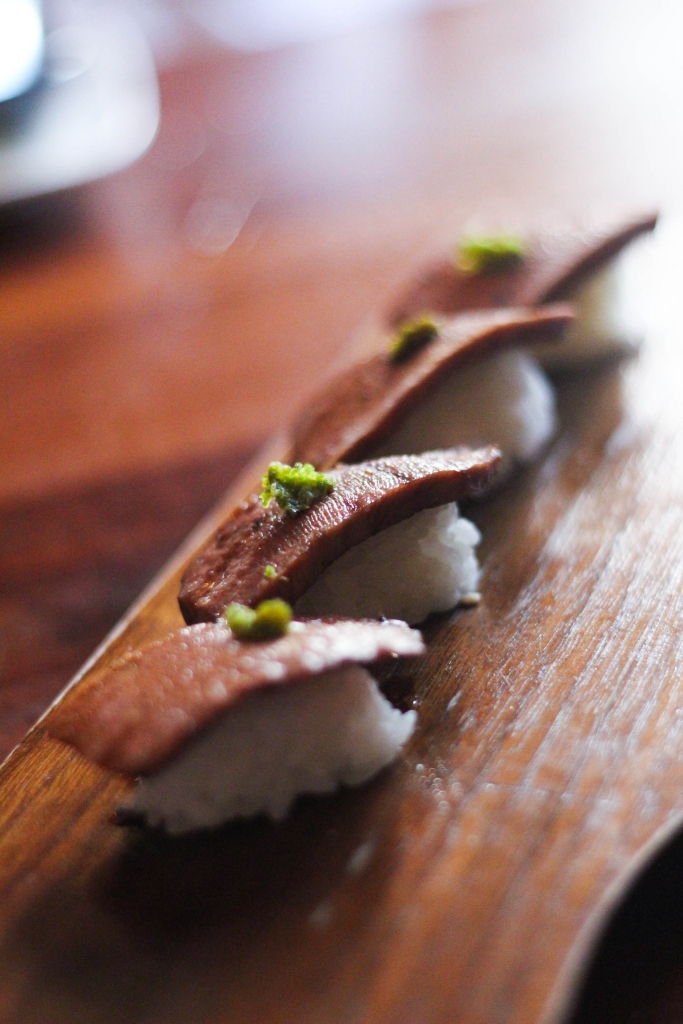 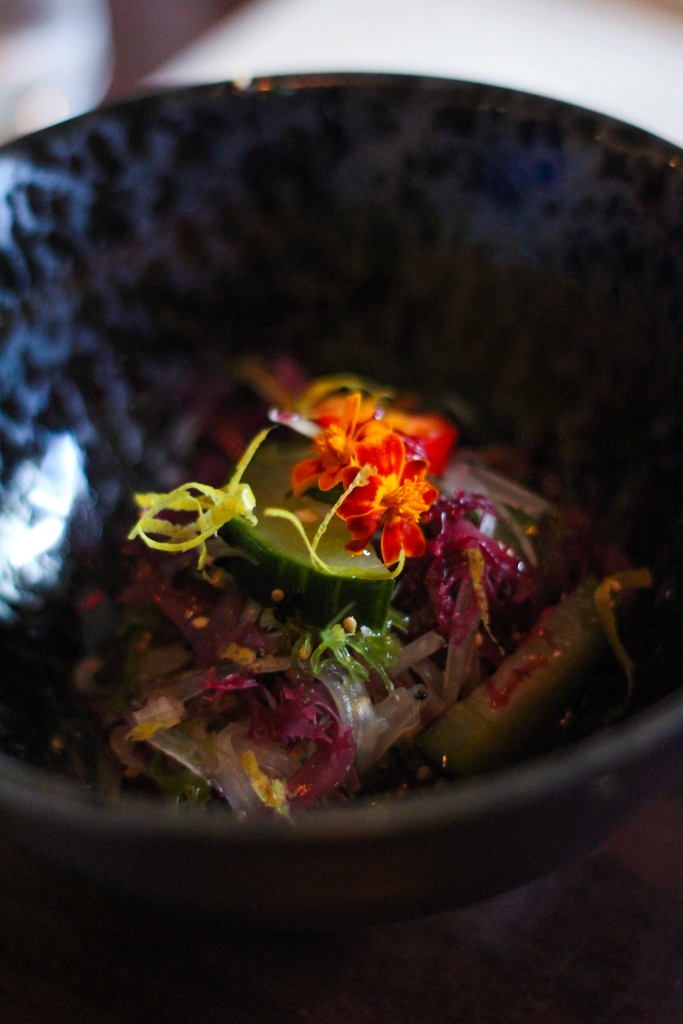 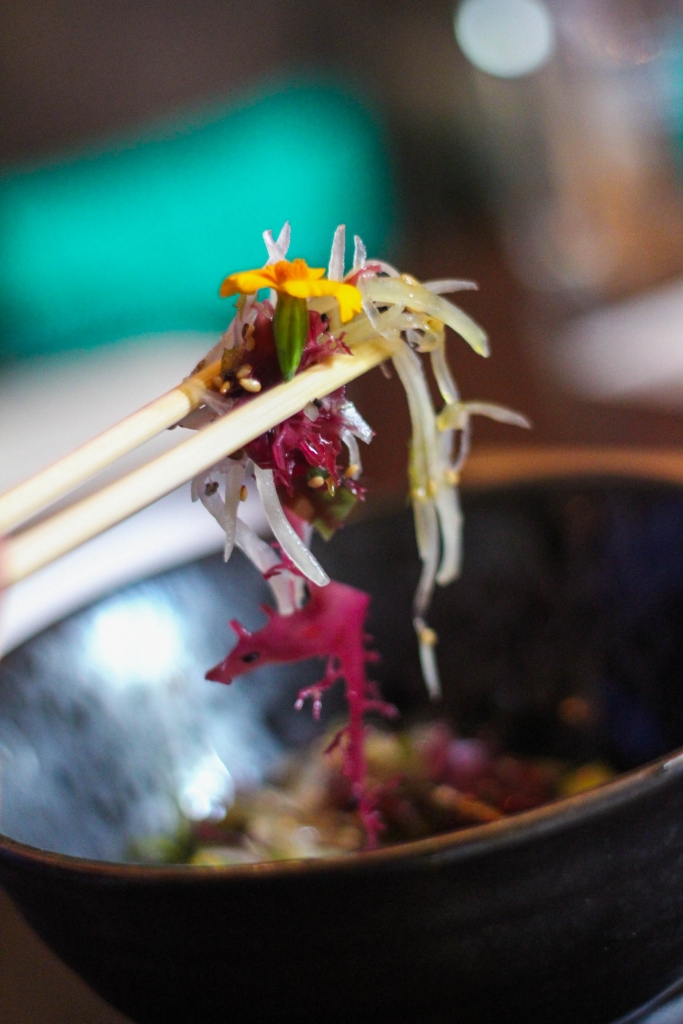 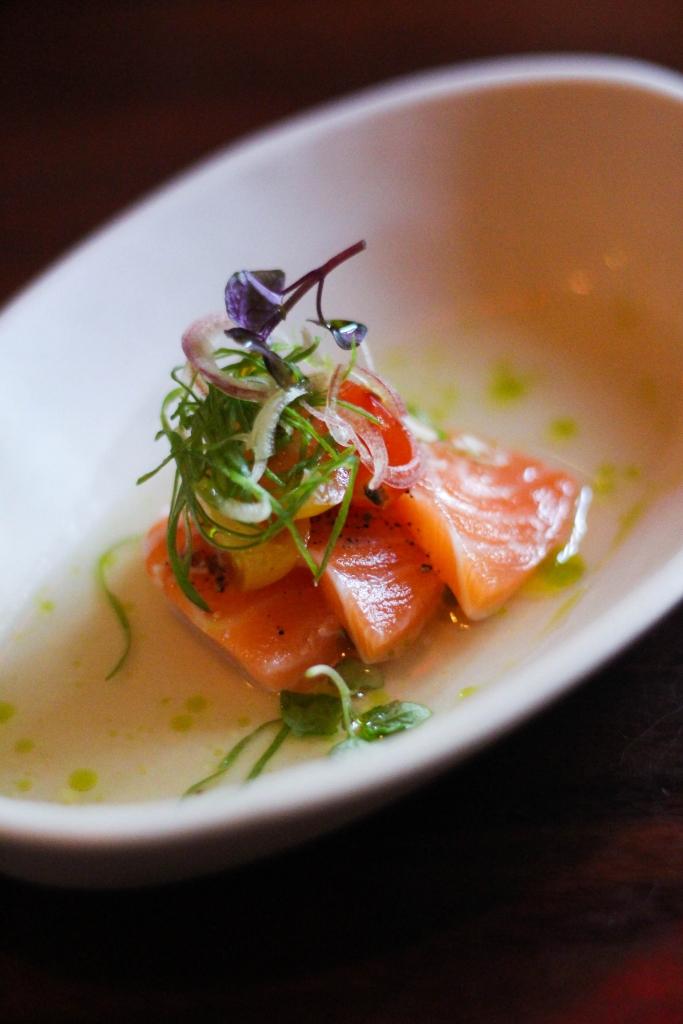 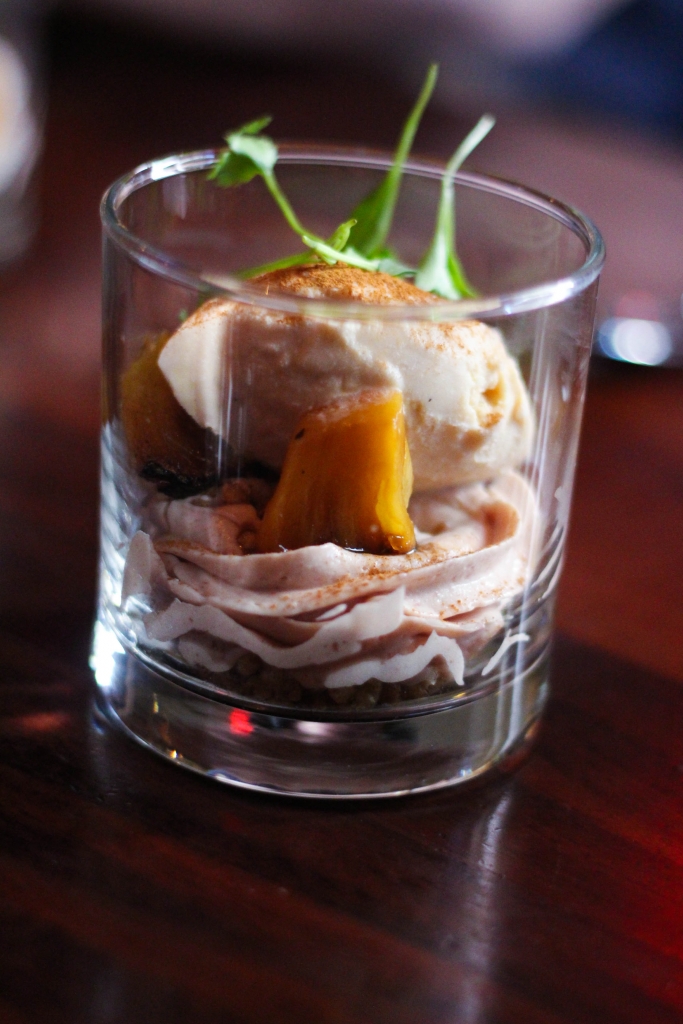 Hints of French, Middle Eastern, and even farm-fresh flavor profiles enhanced the best dishes of the night. I made markings as such on my tasting notes and only after the meal had completed, did I go back to see which were the creations of Chef Davies. To all delightful astonishment, every single shining dish was one he had created. So outstanding and charmingly complex were his additions, that they cast a mighty shadow on the rest of the menu. Reflecting on the experience, one thought kept popping into my mind: Chef Davies needs his own restaurant. His talent, attention to detail, and overall refined poise will make for one killer dining experience. And when that day comes, I will be first to reserve a table, not as a food critic, but as a food enthusiast.

Chris Davies is one chef that should be on everyone’s radar. He is in the early daybreak of his rise to international notoriety. Davies’ humble demeanor and razor-sharp culinary focus signify the makings of greatness… he won’t get in his own way, like so many greats before him. Davies is a name that will soon be well-known, his dishes renowned, and his talent undeniable.  And when that inevitable day comes, I will fondly think back to my meal at Uchi and feel lucky to have sampled Chef Chris Davies‘ culinary genius at it’s inception. In the meantime, I’d highly suggest making a trip to Uchi and reveling in the Sake Social hour.