Believe it or not, The Frosted Petticoat blog is actually my side-gig. This is the spot where I get to play around with recipes and give you behind the scenes sneak peeks to the foodie world. My main job is working as a food writer, stylist, and recipe developer for retail brands. Mainly I create the recipes and photographs you see featured on brands’ social media pages. Obviously, it’s a fun and delicious job. Today, I want to share a recent article I worked on for Liquor.com, where I created a cocktail recipe using Bacardi Añejo Cuatro. See the full article here, but in the meantime here’s my Valkyrie Gold Rum Cocktail…

This is the year of rum. The traditionally tropical liquor is slated to rise in the ranks as the year’s liquid darling. From the emerging trend of Scottish distilleries adding the spirit to their repertoire to serving as the essential ingredient in 2018’s trendiest drink, the Tiki cocktail, rum is clearly having a good run. Regardless of whether you are itching to jump on the rummy bandwagon or already consider yourself a connoisseur of the sultry nectar, there is one house that will undoubtedly remain an authority on the libation: Bacardi. And with the April release of three boutique editions to their catalogue with the Añejo Cuatro, Reserva Ocho, and Gran Reserva Diez, Barcardi clearly means to maintain their rule. To celebrate the year of rum, I have reimagined a classic whiskey cocktail by placing Barcardi Añejo Cuatro at its core. This is Valkyrie Gold…

Valkyrie cocktails traditionally have rye whiskey or even peated Scottish whisky at their core. It is unclear whether the moniker derives from mythological female Norse soldiers ‘Valkyrja’ or the failed allied mission to assassinate Hitler during WWII of the same name. Either way, it is an appropriately labeled concoction because, upon sipping, it is clearly not for the faint of heart. A bit of sweet, a bit of bitter, and a lot of grit, it is a warrior symphony in a glass. 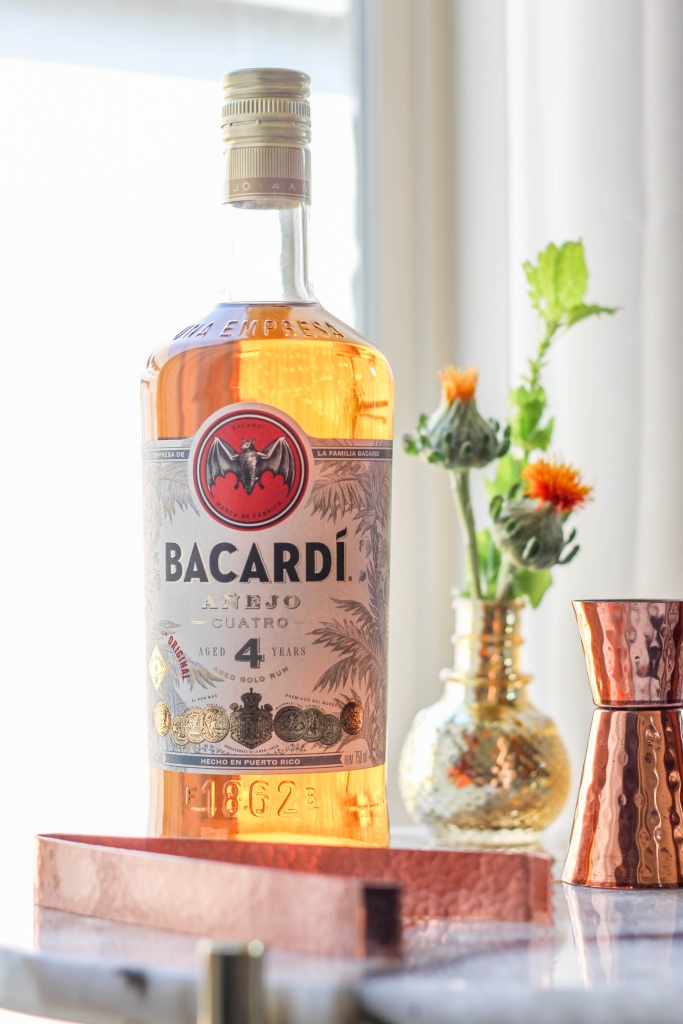 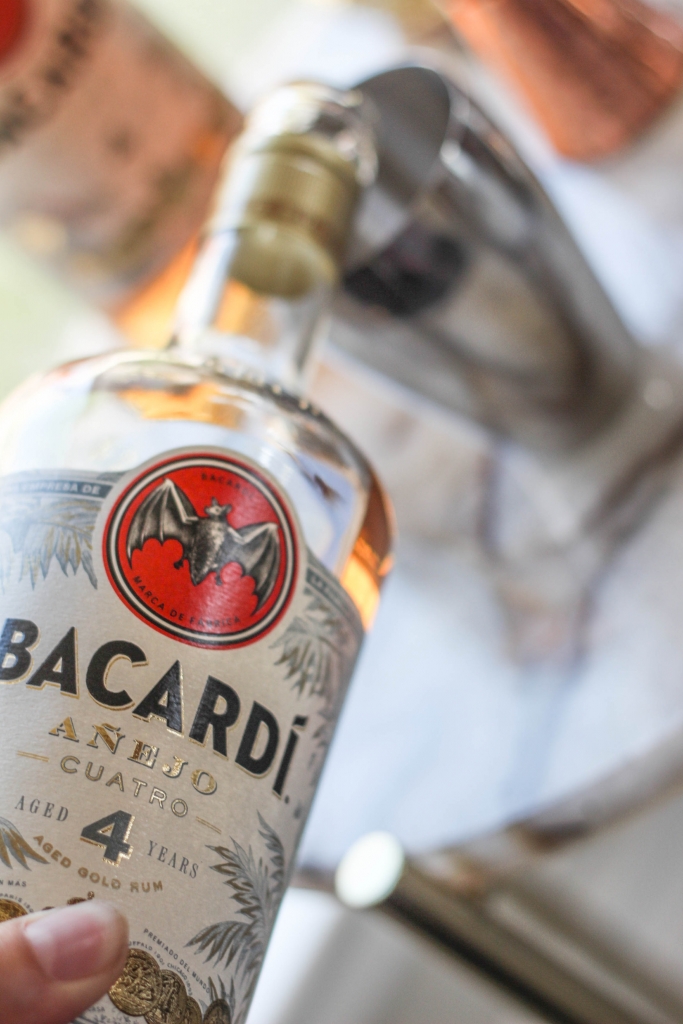 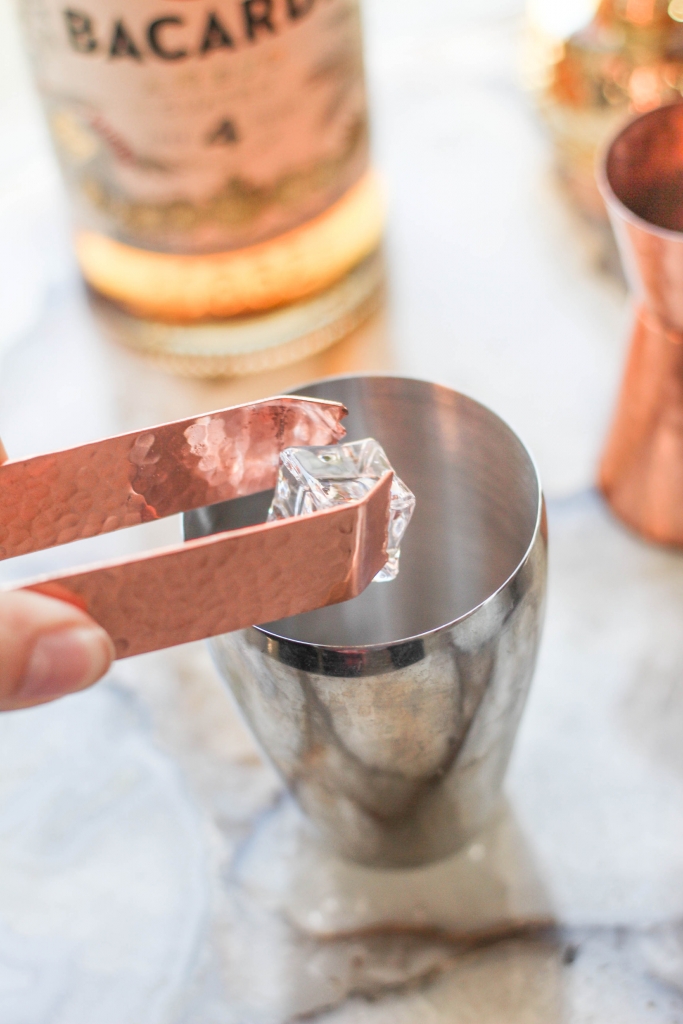 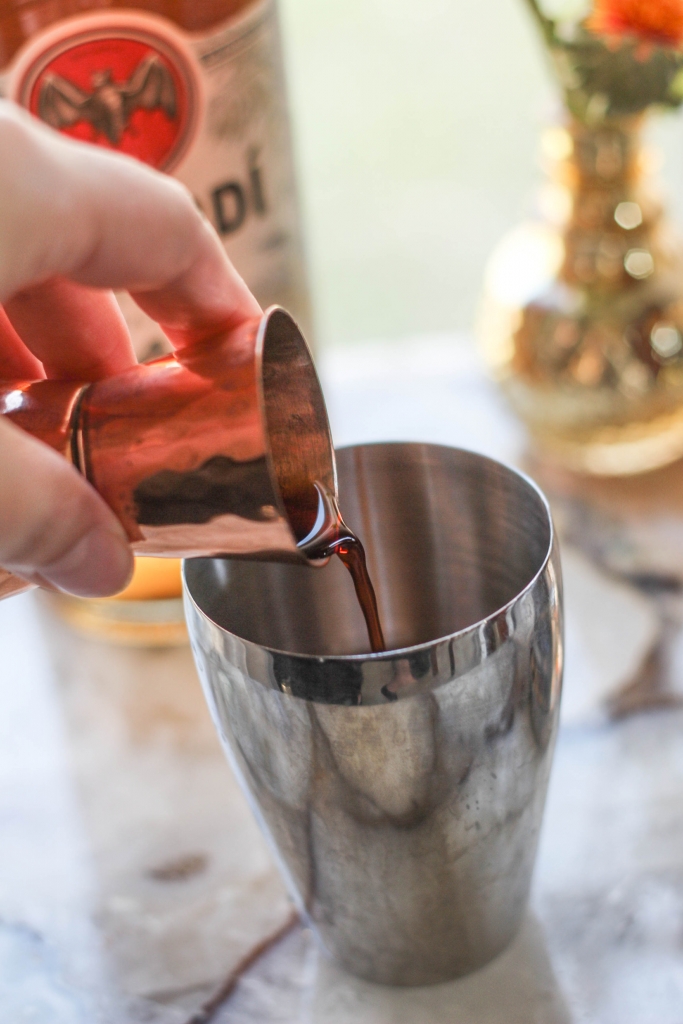 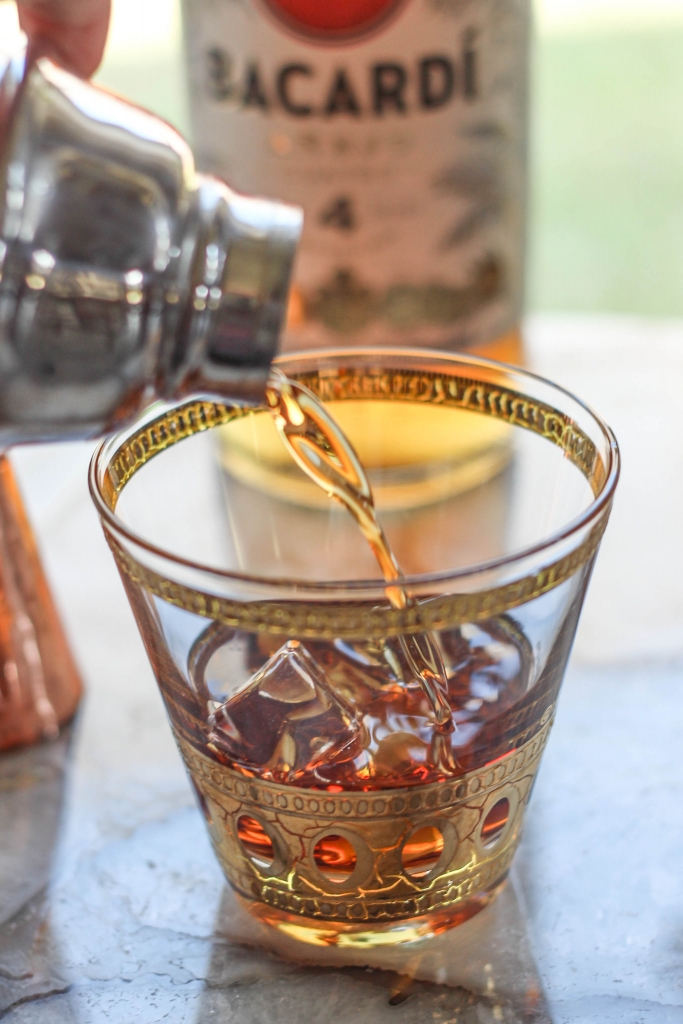 When brainstorming for a cocktail to reimagine with Barcardi Añejo Cuatro, the Valkyrie immediately popped in my head. Upon sampling Añejo Cuatro, the rum’s unique complexity likens to that of ancient whisky recipes. And it is not surprising when you learn about the production process. Barcardi Añejo Cuatro is a blend of tropical aged undisturbed rums, mellowed in American Oak for a minimum of 4 years. It is then balanced with 5 year and 6 year old rum bases. The liquid has a gorgeously golden hue that visually enhances the aromas of mild vanilla, cedar, and clove honey. But it is the palate and finish of fruit, vanilla, and toasted cedar that give it the thoughtful complexity of its counterpart, the blended Scotch. Personally, I had never tasted a rum made in such a traditionally aged and transcendent manner. And I couldn’t think of a better liquor to reinvent the Valkyrie. So with the Barcardi Añejo Cuatro’s contribution of luscious undertones, smoldering finish, and strikingly glowing hue, the Valkyrie Gold was born. 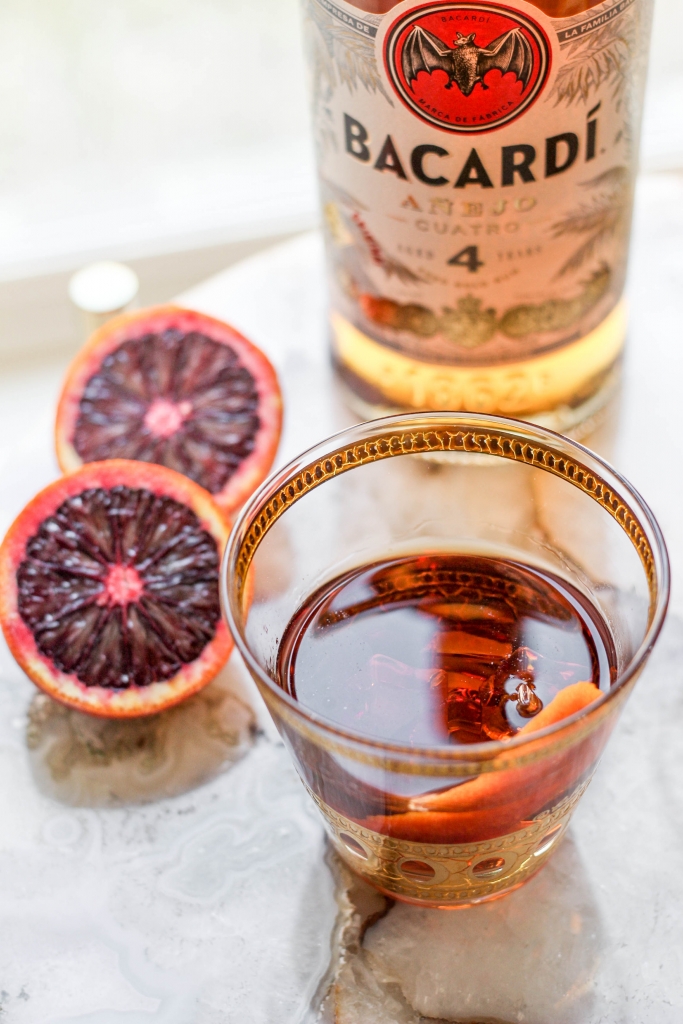 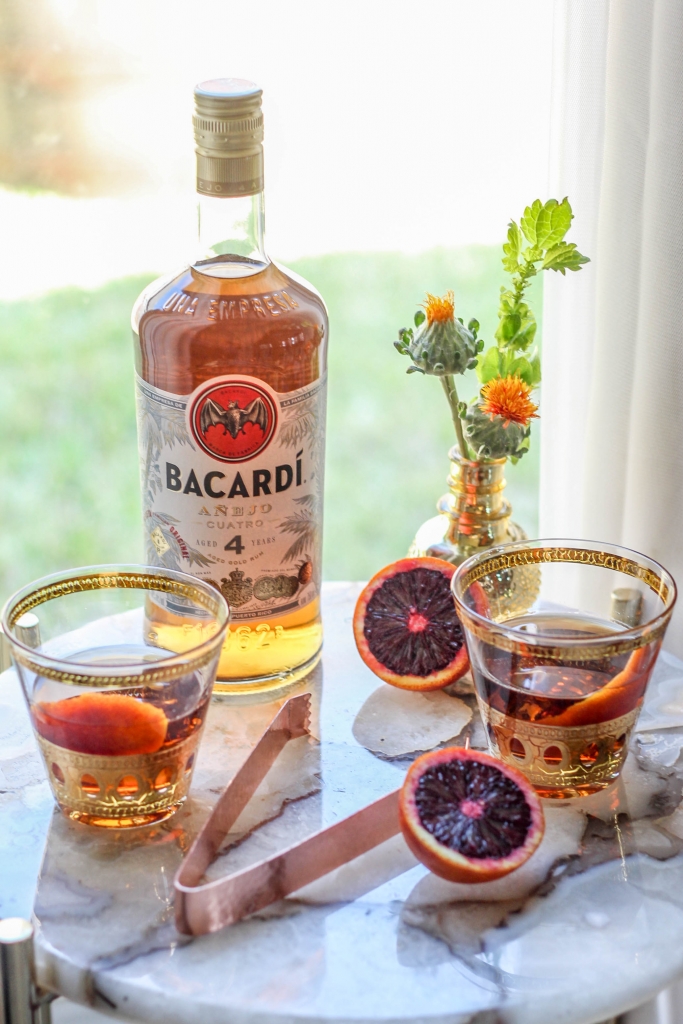 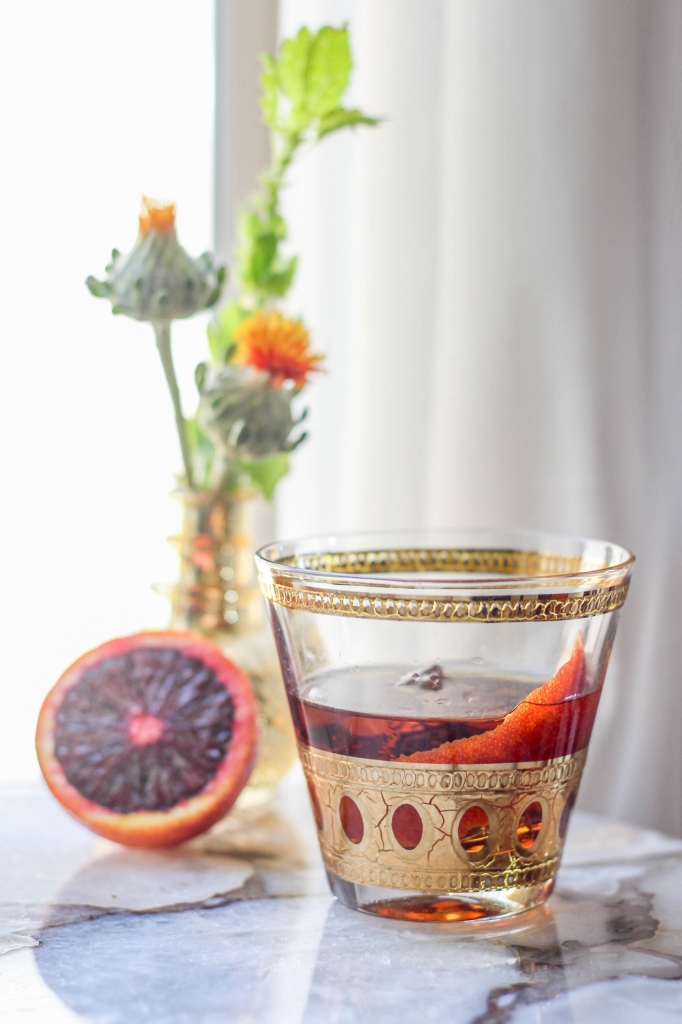 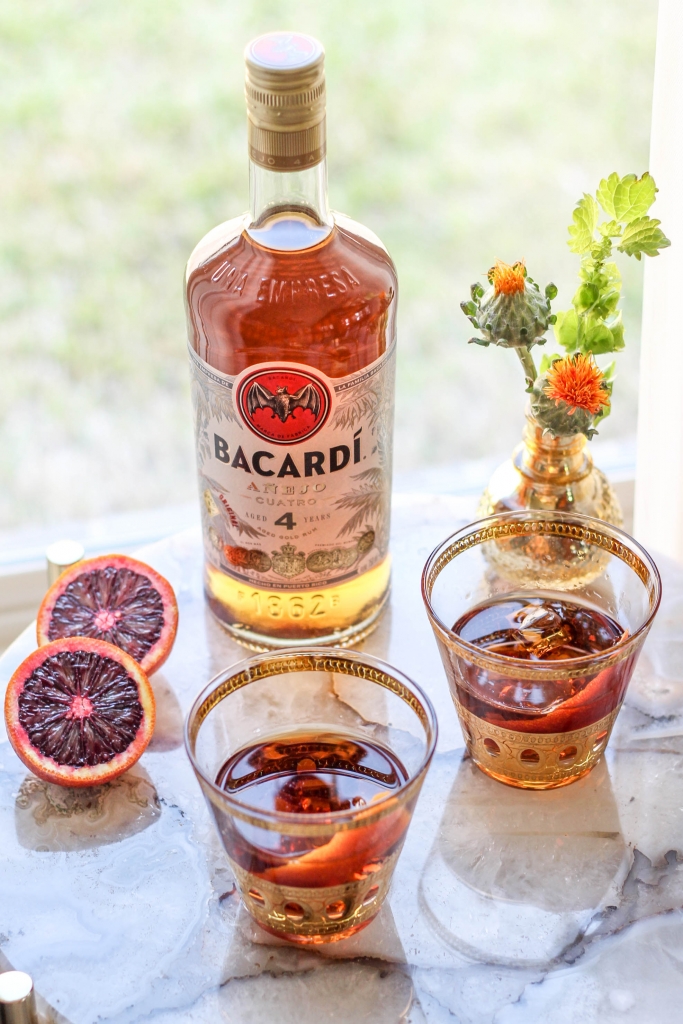 So if you have the fortitude of an allied soldier or a female Viking warrior, then the Valkyrie Gold is the drink for you. Add it to your cocktail arsenal and while you’re at it, your bar will be greatly enhanced with a few bottles of Bacardi’s new rums, Añejo Cuatro, Reserva Ocho, and Gran Reserva Diez.