Hot off the presses! There’s a new whisky in town! Whenever I can, I try to pass along foodie news as soon as I get it. This piece of news was literally released this morning and if you’re as big of a whisky fan as I am, then you’re going to want to get your hands on a bottle of this magical goodness… Scottish Folklore Whisky Series: Ben Nevis 45 Year Old! Make sure to read through to the end, we may just have a $50 Visa Gift Card Giveaway to help you get your hands on one of these lovely bottles…

EDINBURGH — Thursday 31 May 2018 – Scottish whisky specialists Cask 88 have launched the first in a series of single cask whisky bottlings inspired by legends of Scottish folklore, starting with the fearsome Cù-Sìth to represent a venerable 45 Year Ben Nevis 1972 Single Malt.

Intended to bond the stories of Scotland’s unique history with the very finest expressions of its spirit, the Cask 88 Scottish Folklore series launches with a bottling inspired by theCù-Sìth, a terrifying large hound, with a murderous bark, said to stalk the Highlands of Scotland. The whisky typifying this formidable beast is a 45 Year Old Ben Nevis 1972 Single Malt (70cl; 43.2% ABV; £650 RRP) aged in a sherry hogshead, of which only 228 bottles are available. This first bottling will be available from the Cask 88 online bottle shop from 31 May 2018. 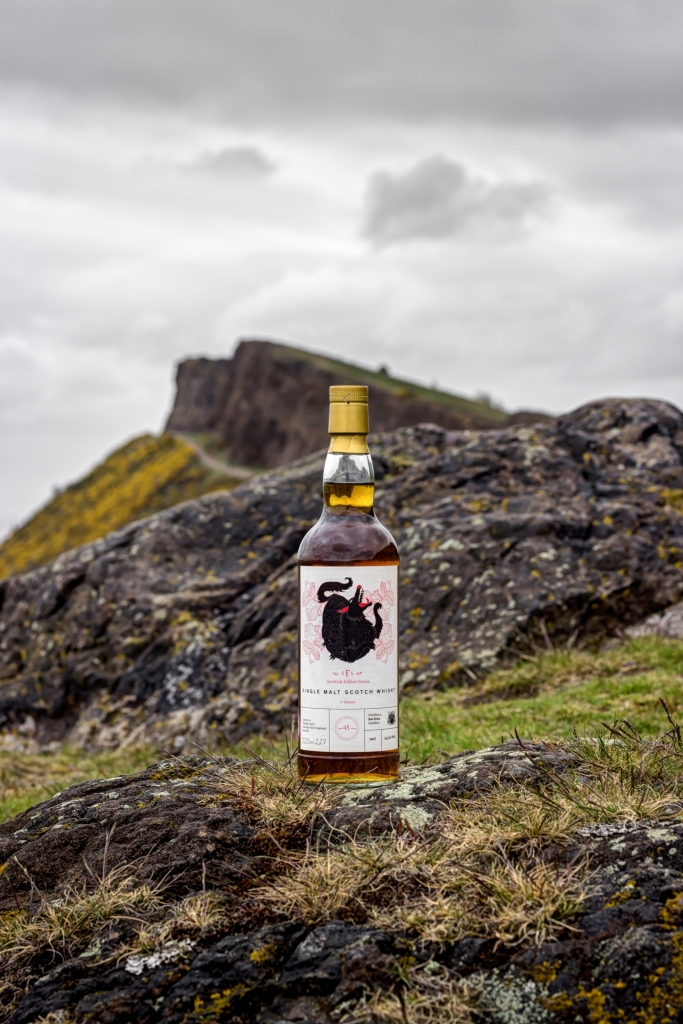 The Cù-Sìth is a terrifyingly large hound, said to roam the Highlands of Scotland and prey upon weary travellers. Legend tells that anyone with the misfortune of hearing the beast bark three times will be transported to the underworld. European Sales Director Jonny Fowle, also whisky tastings and event organiser Wandering Whisky, said “The bold spirit of the Ben Nevis, which has matured for four and a half decades in the Scottish Highlands, is matched only by the equally indomitable spirit of the legendary Cù-Sìth. Both have drawn upon the region to develop in character and repute throughout the ages, making for a fine match.” 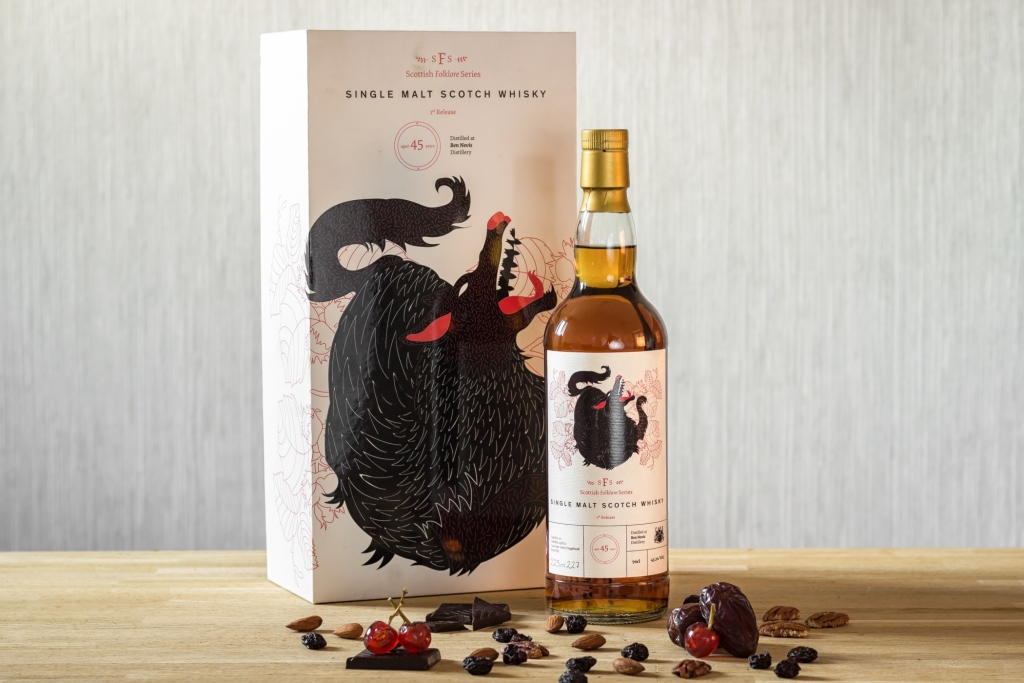 Cask 88 have worked closely with art historian and Celtic Revival specialist Dr Frances Fowle (co-curator of the Celts: Art and Identity exhibition, British Museum, 2015-16) to understand the history of the Cù-Sìth legend and its place in Scottish folklore. “It’s been a pleasure working with the Cask 88 team to bring Celtic myths to a wider audience. Local legends, rather like Scottish whisky, are part of our cultural identity,” said Dr Frances Fowle. “Stories have been passed down from generation to generation, sometimes in poetry and song, and often accompanied by a drop of fine whisky. In the Hebrides the more superstitious members of the community lived in fear of the Cù-Sìth, a large black ‘fairy dog’ who roamed silently across the landscape on winter nights.” 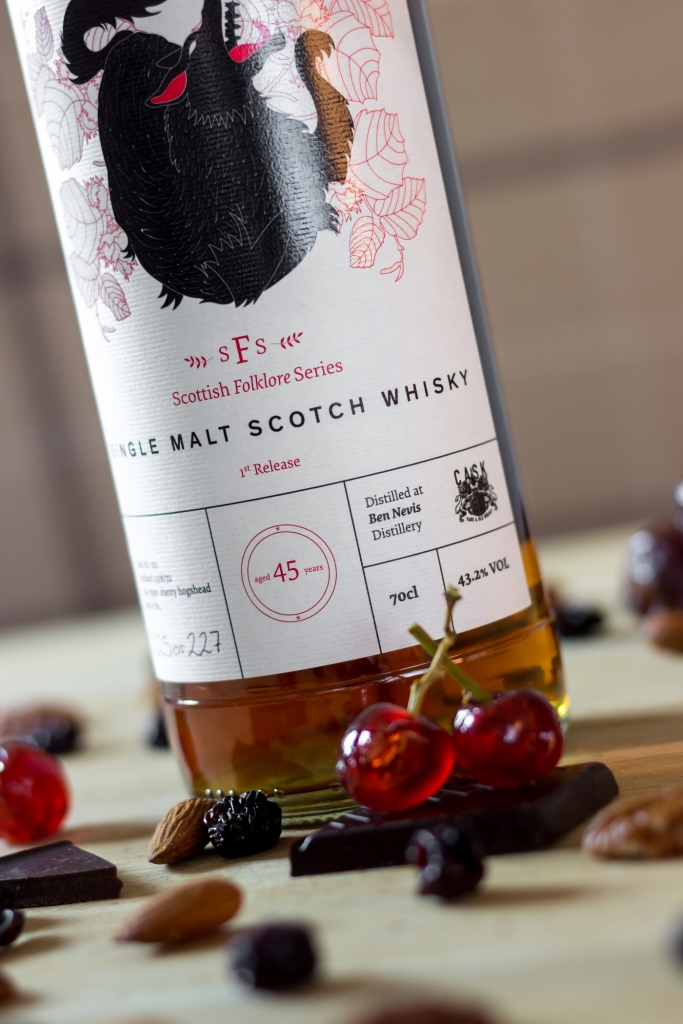 The Cask 88 Scottish Folklore Series will consist of six unique, single cask expressions, with each expression dictating the myth or legend it embodies. Each release in the Cask 88 Folklore series will feature a mythical beast who has roamed the highlands, stalked the lowlands or inhibited the islands. “We intend to create a fantastic collection of some of the finest Scottish whiskies, selected to represent the breadth and depth of Scotland’s world renowned culture and heritage, while playing our part in ensuring these enchanting myths and folktales endure for generations to come,” said Jonny.

The first bottling in The Cask 88 Scottish Folklore Series: Cù-Sìth is available for purchase from the Cask 88 online bottle shop from Thursday 31 May 2018, and in person from Cask 88 Sales Representatives globally.

This whisky’s aroma instantly flaunts its forty five long years of maturation. A nutty character alongside the rich sweetness of rum molasses are followed by luxurious notes of rich dark fruit and cherry.

The indulgent richness of this cask’s dark and dried fruit character continue on the palate, but with the balance of citrus zest. This develops with notes of dark chocolate journeying into a mixture of tobacco leaves, dried herbs and a subtle oakiness.

Four and a half decades maturing in a single cask provide an incredibly long and complex finish, dancing between bitter chocolate, dry tobacco and sweet cherries with cinnamon and winter spice.

A rare single cask whisky with an incredibly rich and developed character. And as a special offering to the folklore gods, we’ll give $50 to one lucky reader towards purchasing a bottle of their own! Enter below!