I have lived all around the U.S., but there’s one city that I hold near and dear to my heart. Hollywood. I am one of those rare unicorns that was actually born and raised in the rolling hills of Los Angeles. My childhood and formative teenage years are filled with exciting memories of growing up in the entertainment capital. Our neighbor to the left was the chief editor on all the Star Wars films, our neighbor to the right was the actor who played Eddie Haskell on Leave it to Beaver, and across the street lived the super trendy make-up artist to the stars. Often on Sundays, we’d wave to Jay Leno as he rode one of his vintage cars down our scenic street or sneak glances at the stunning Nicole Kidman as she sipped coffee at the corner cafe. And I lived in a middle class neighborhood. Movie stars and industry moguls were simply unavoidable in the surprisingly laid-back community. But the casual city became abuzz once a year… on Oscar day! The excitement was palpable as hair salons became packed at the crack of dawn and limo drivers proudly shined their wheel rims along the streets. Personal assistants packed all the local Starbucks, with the look of frantic exuberance in their eyes. Every restaurant and diner was filled with stars and industry members alike for breakfast, carbo-loading for the marathon they were about to endure. Then at about 10am, the city became a ghost-town as everyone retreated to their cocoons for a day of prep, later reemerging as sparkly butterflies. It was truly a magically bizarre day to witness. Thus, I have oddly always felt a special connection to the Oscars. And after more than a decade of moving to literally every region of the country and settling in the South, I am honored that my life has come full circle with a career that strangely connects me to the awards show. Every year I get to sample the drinks! My lovely friends at Piper-Heidsieck and Francis Ford Coppola Winery are respectively the official champagne and wine for the event and they have sent me the bottles. What do you say we pop them open together, eh?!

In addition to living out ridiculously glamorous lives, the stars will be sipping on limited edition wine and exclusively bottled bubbly for the Oscars. Since this year marks the 90th celebration of the Academy Awards, the alcohol brands have pulled out all the stops. Let’s take a closer look at this year’s champagne and 2 limited edition wines… 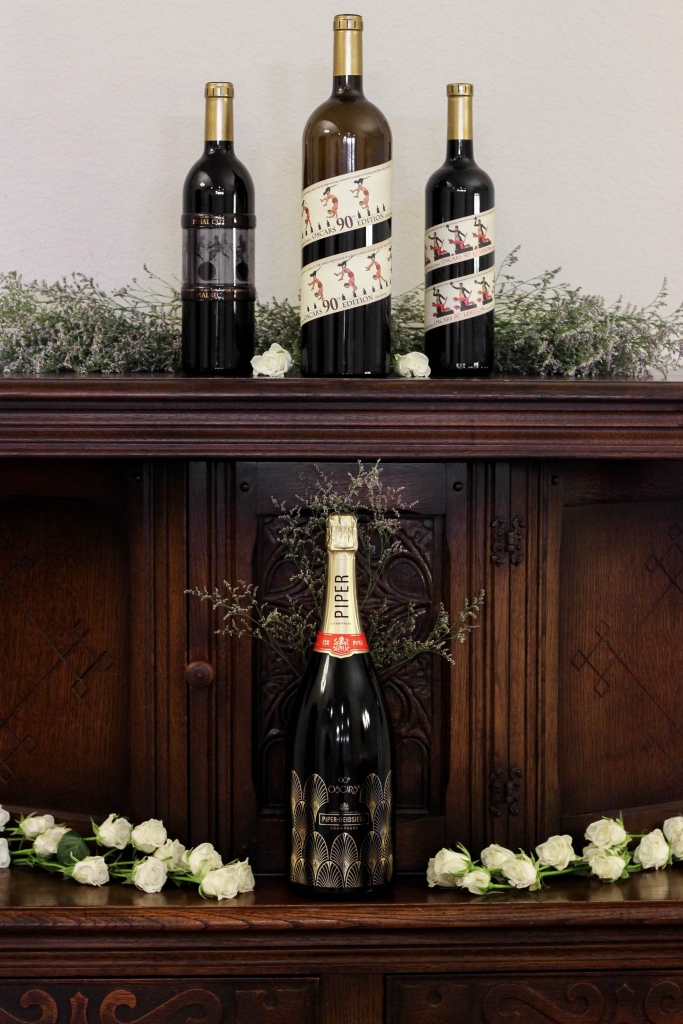 Francis Ford Coppola Winery announced two limited edition wines that will be served exclusively at this year’s Academy Awards and Governors Ball. The “Oscars 90th Edition” includes a 2016 Chardonnay and a 2015 Cabernet Sauvignon that feature original label designs as part of the winery’s award-winning Director’s Cut collection. “The Academy Awards is a ceremony that honors daring, fearless, innovative storytelling, and in that tradition, we have developed two exquisite Director’s Cut wines that reflect innovative excellence,” says Corey Beck, Francis Ford Coppola Winery’s CEO. In addition to the two Director’s Cut Oscars 90th Edition labels, the winery will also be pouring Director’s Cut Sauvignon Blanc, Director’s Cut Chardonnay, Francis Coppola Reserve Pinot Noir, and Archimedes throughout the night’s events. That adds up to over 2,400 bottles of wine or 14,000 glasses! Now that’s my kind of party. 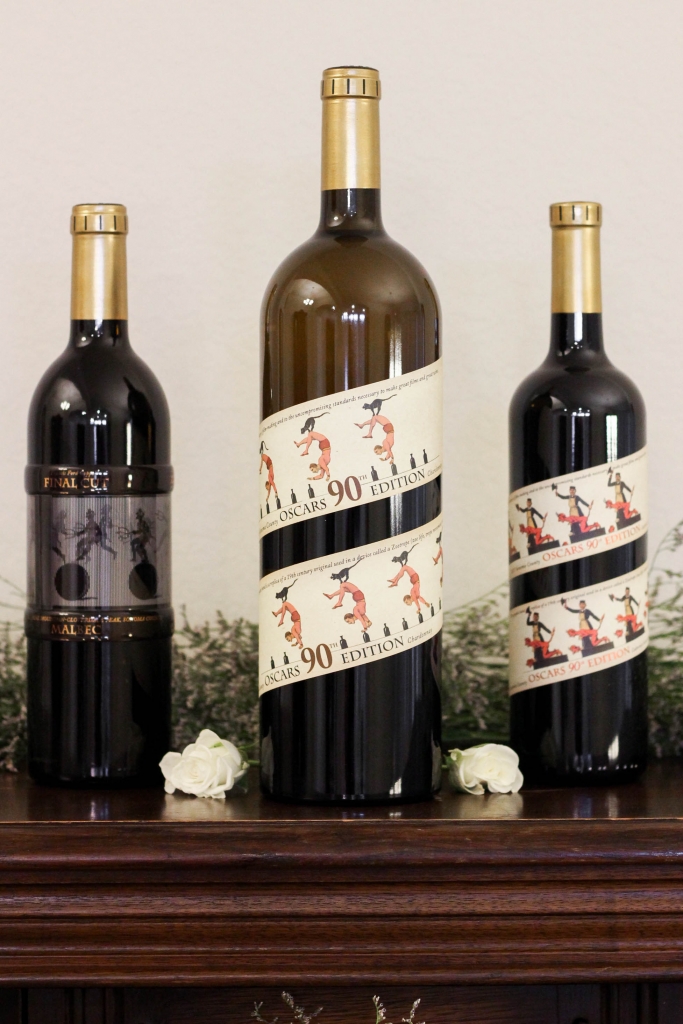 Let’s take a closer look at the two limited edition wines. The Oscars 90th Edition 2015 Cabernet Sauvignon is a robust blend from the Alexander Valley. With a black fruit profile, balanced oak flavors, and velvety tannins, it has quite a royal air about it. In all seriousness, this is the best Cabernet Sauvignon I have had in a long time. It is everything you want a red wine to be… rich, lightly sweet, and with a bold finish. 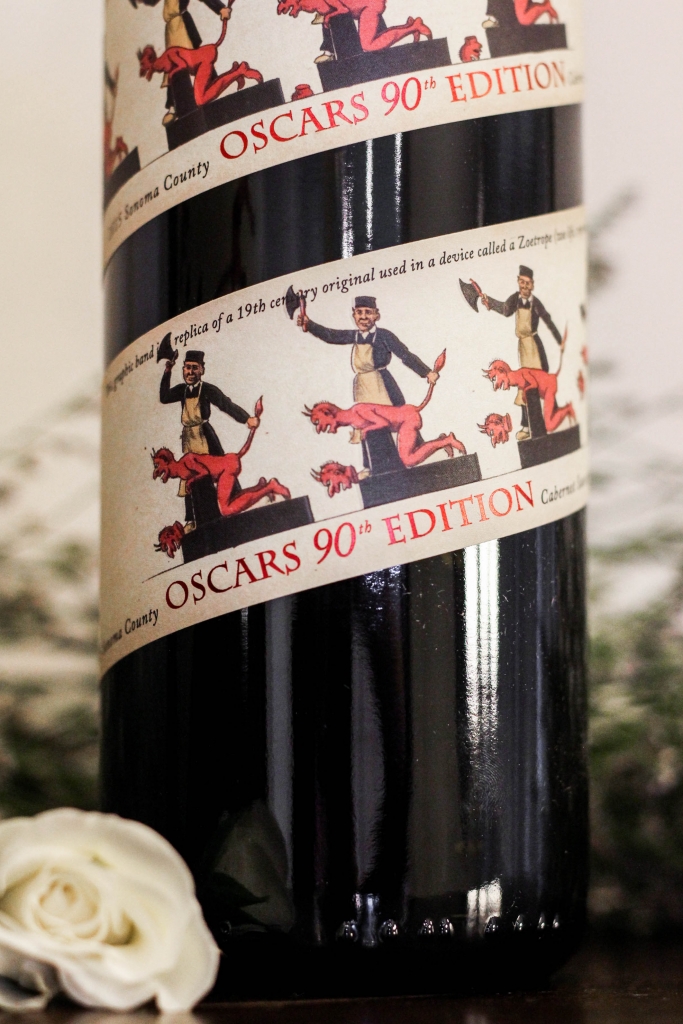 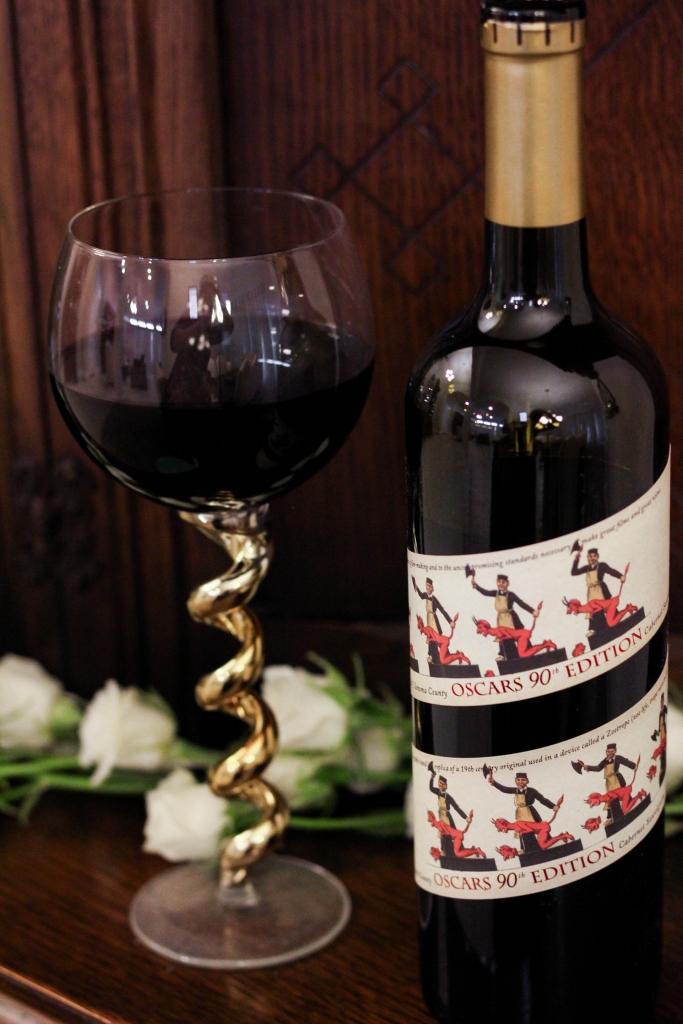 If I was a Hollywood starlet, I’d imagine myself a white wine sort of gal on an important night. The Oscars 90th Edition 2016 Chardonnay is a single-vineyard bottling from Gail Ann’s Vineyard in the Russian River Valley of Sonoma County. Because of the vineyard’s warm locale, the wine has a hint of tropical tones that are met with dramatic spice notes and profound aromatic qualities. It is a lovely, light Chardonnay that would certainly sustain you through an eventful night of celebration. 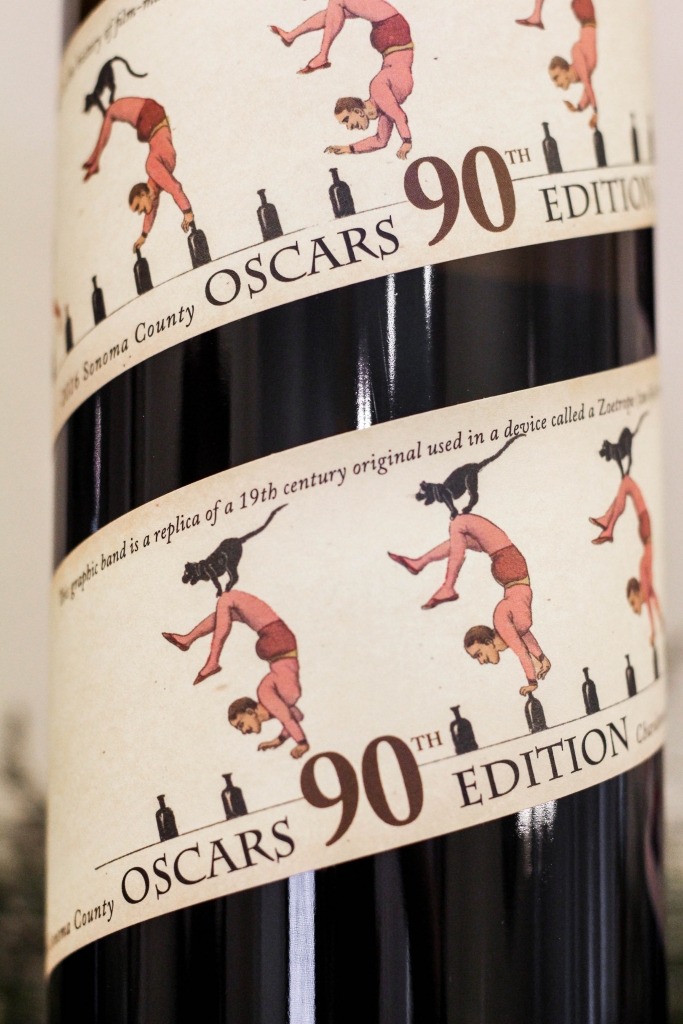 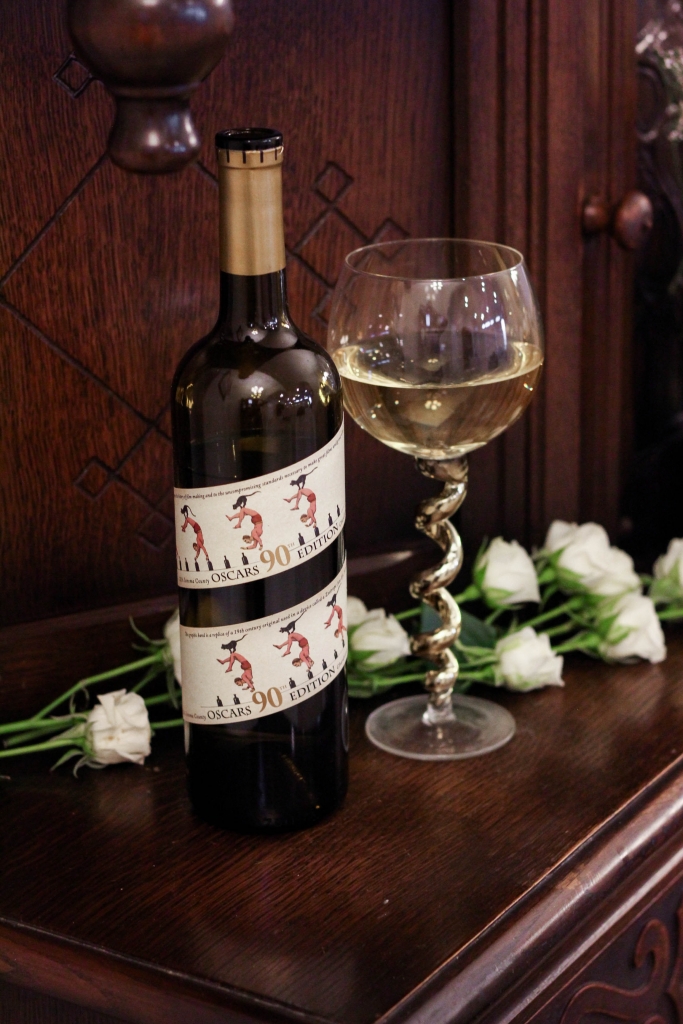 And although those two editions aren’t necessarily available to everyone, I do have some good news. In honor of the big night, Francis Ford Coppola Winery has launched a version that is available to everyone. The 2014 Final Cut is a single vineyard Malbec featuring a  zoetrope animation label. Simply turn the label on the bottle by hand and watch the show. Fun cinema fact: the ‘Director’s Cut’ allows filmmakers to present their own creative vision of a story when it differs from that of the studio. A ‘Final Cut’ however, represents the version of the film the studio believes will be most appealing to moviegoers. Who knew? Well, probably every film buff, but still a neat piece of trivia. 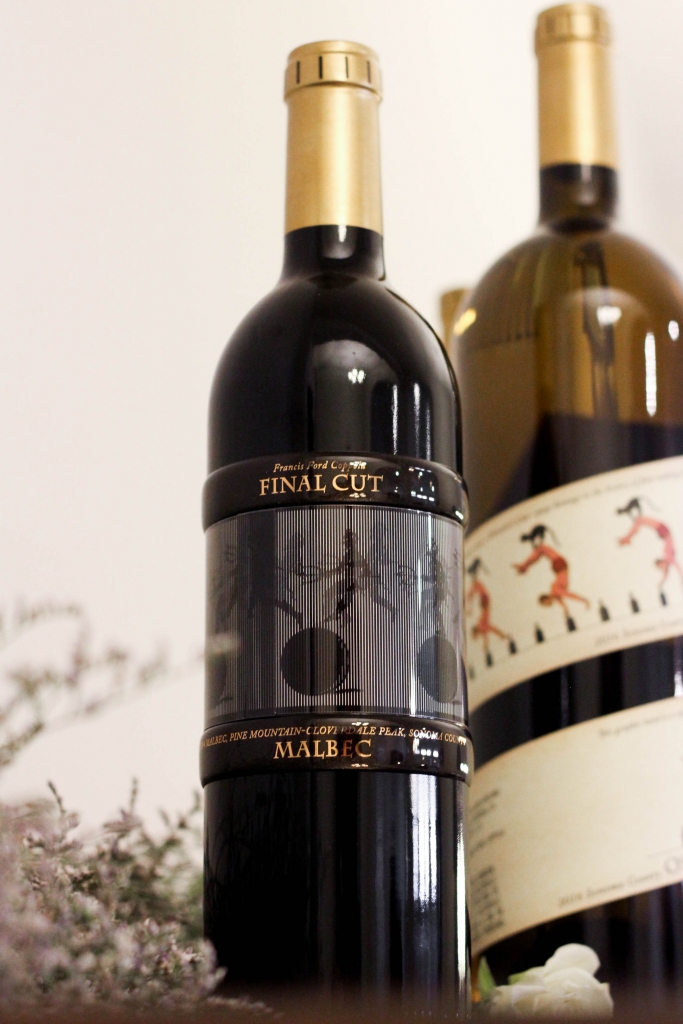 For the pièce de résistance, we have Piper-Heidsieck. Synonymous with elegance and seduction, Piper-Heidsieck is often Hollywood’s go-to champagne. And with good reason! It’s impeccably sharp taste, light aroma, and immutable bubbles easily elevate any occasion to one of importance. I have had the immense pleasure of sipping on a glass of this beauty for many special events and it never fails to please. In fact, important gatherings are left wanting without it. And dang, is that bottle sexy or what?! 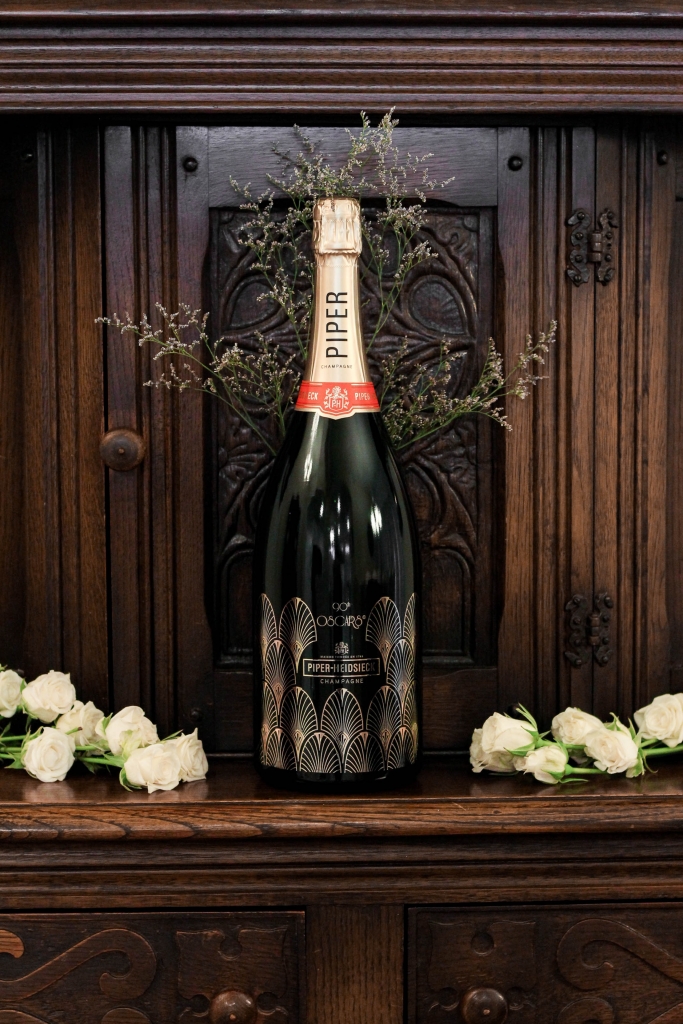 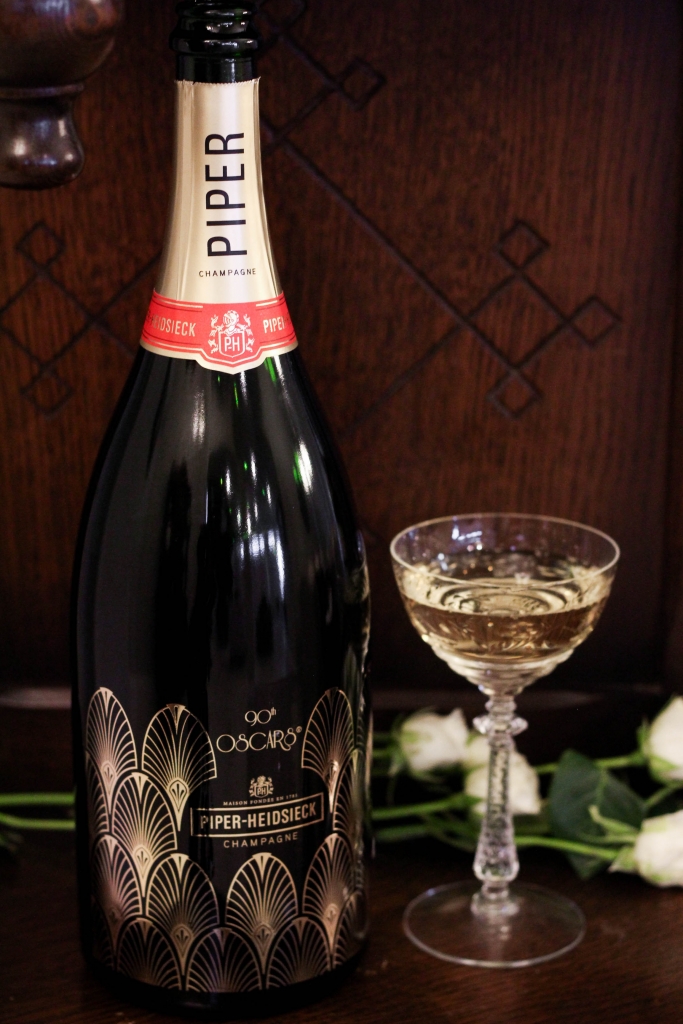 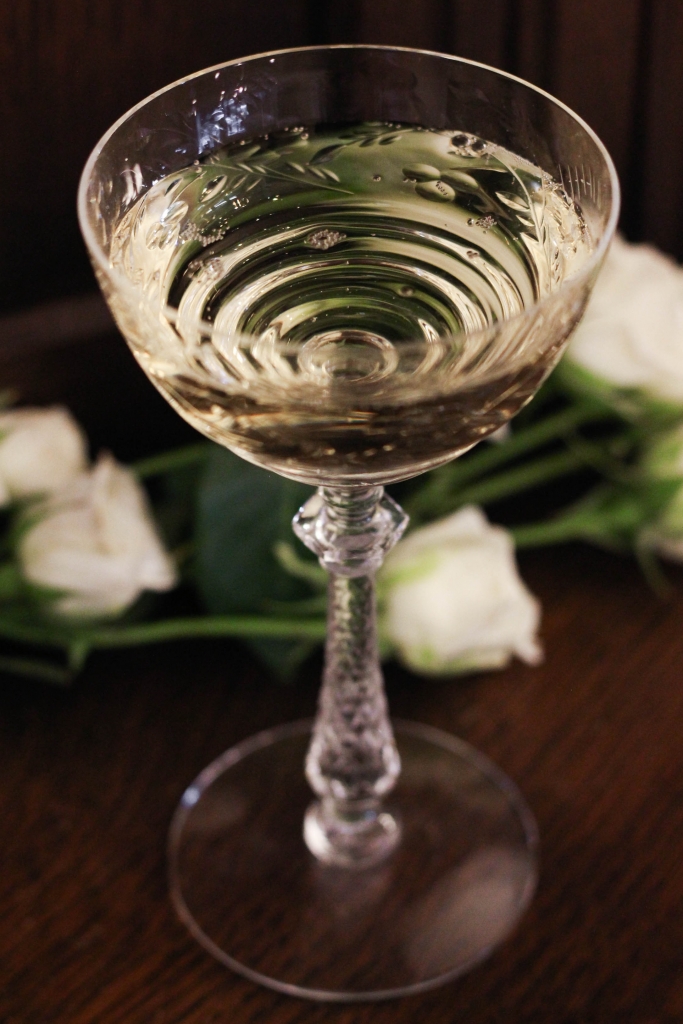 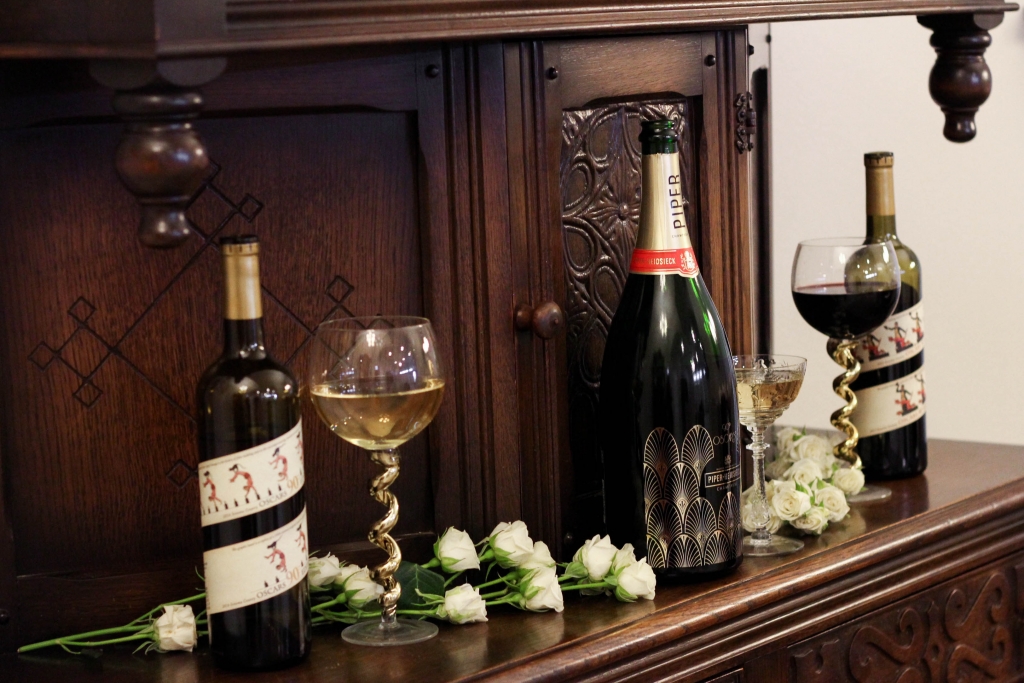 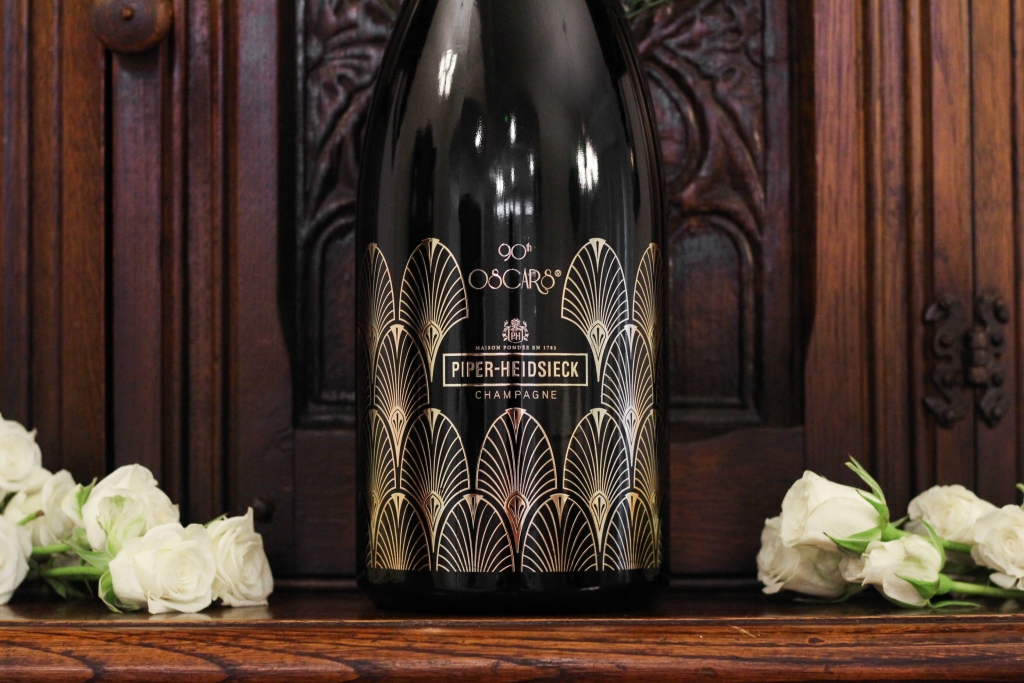 So who wants to come over to my place for a viewing party? I clearly have enough bottles in my house to make a sailor blush. Find out where you can pick up Francis Ford Coppola Winery’s Director’s Cut and Piper-Heidsieck champagne to make your 90th Oscars party one for the books. Special thanks to my friends at the two houses for always spoiling me with boozy riches!