If I am sent to a deserted island and can bring one bottle of booze with me, then that bottle is going to be some sort of whisky. I enjoy wine and other spirits just fine, but my heart belongs to the strong Viking across the sea. However, most bartenders and professionals in the drinks industry think that my libation of choice is an unusual one. Why? Because I am a woman. Whisky is traditionally thought of as a man’s drink. When I order whisky at a fine dining establishment, I am almost always met with the condescending, dismissive tone that every woman is all-too familiar with: “Are you sure you didn’t mean a fruity cocktail, honey?” Um, it’s pretty hard to mistake an order for “Bunnahabhain Whisky, straight” for a “Strawberry Daiquiri”. This inevitably sends my feminist husband into a rage at how sexism and disrespect is thrown out at me on such casual terms. I calm him down by reminding him that misogyny is a symptom of fearful ignorance and quietly thank the heavens that I married a 21st Century man. Then I always patiently reply, “Nope, you heard me right the first time.” At which point the mixologist usually recognizes their discriminatory error (enhanced by the look of pure disdain in my husband’s eyes) and sulks off to go get my drink. Regardless of how this scenario plays out, I sip on my dram with the shiny hope of shattering norms in the hospitality industry. I also fantasize that the bartender will later call his mother to simply say ‘I love you’, feeling remorse for his contribution to the sexist hell she’s inevitably endured her whole life. Little victories, I suppose. So it’s time for us whisky-lovers with an X-chromosome to assert our right to equal sipping pleasure without the unnecessary archaic guilt. Bunnahabhain Whisky is my first pick in this year’s Holiday Bar series and now that I have unloaded the feminist rant, let’s get to the tasting.

If you didn’t figure this out already, 80% of my readership demographic is female. Hell. Yes. Consequently, I considered starting this series with mild picks and working my way up to the strong stuff. But, as I started to discuss this idea with my fellow female whisky admirers, it became clear that many women are already well-acquainted with the spirit. In fact, I uncovered a whole hidden sub-culture of expertise that goes well beyond those in the drinks industry. Goes to show you, even I have old prejudices ingrained in my thought process. So, I am not going to condescend to the belief that if you are a woman, then you know nothing about whisky. Instead, I’m going to treat this like any other seasonal libation series recommending top bottles to stock your bar. Bunnahabhain Whisky 12 Year Old is my first and ultimate pick this year. I would categorize it as solidly in the mid-strength and quality range of reasonably priced whiskies. It’s not too sweet and not to peaty. In other words, it’s an all-encompassing whisky to represent Scotland itself. 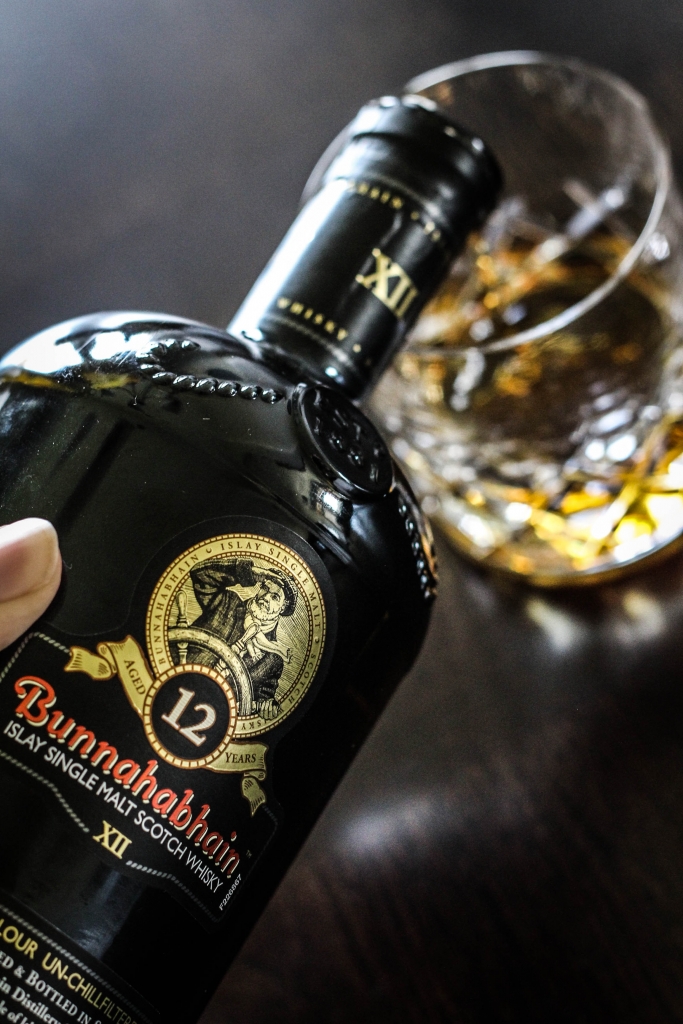 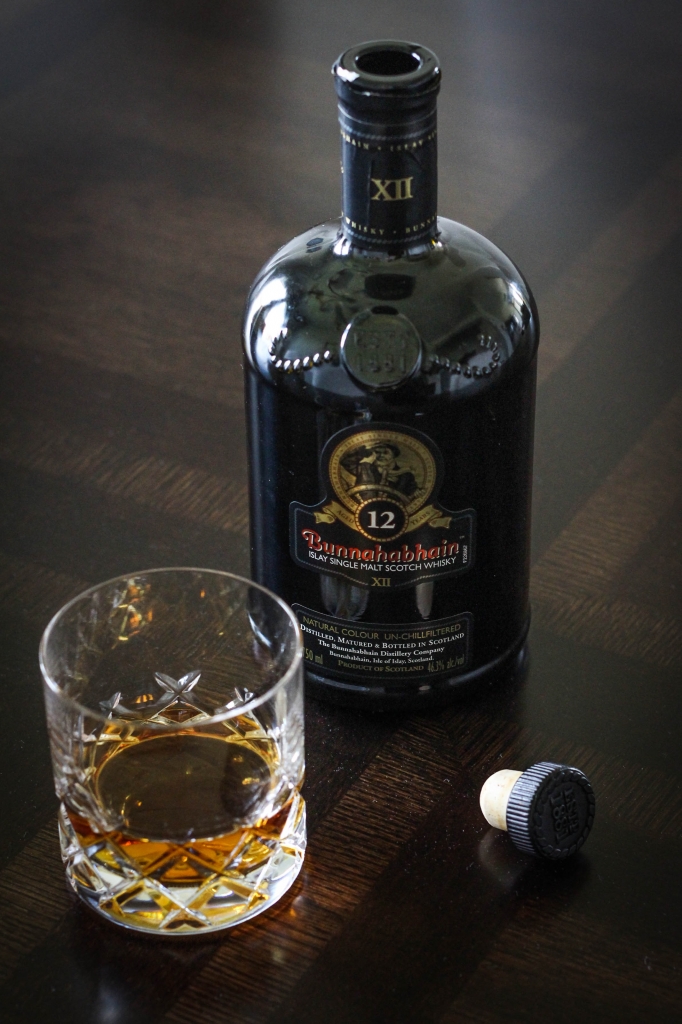 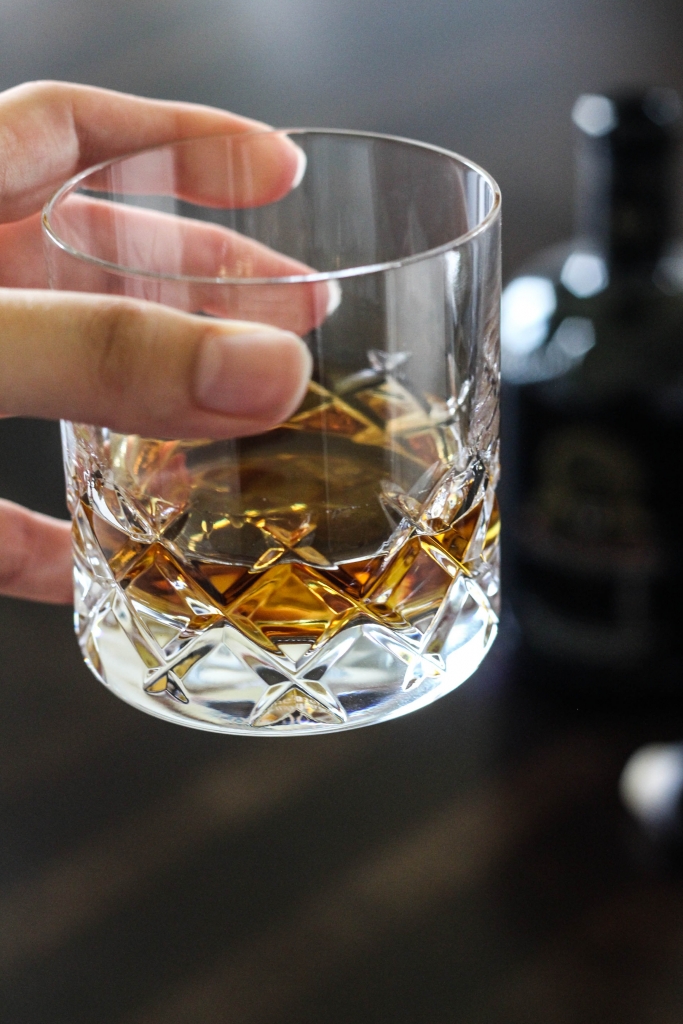 Want a bit more technical information? Then here you go: It’s best sipped neat. It’s presented at it’s natural color and is an unchill-filtered malt coming in at 46.3%. So it has a kick! It’s nose is lightly smoky from the get-go. There’s a bit of nut and sweet fruit at the beginning of the sip and then it ends with a mixture of malt and lingering smoke. Lovely all around, if you ask me! 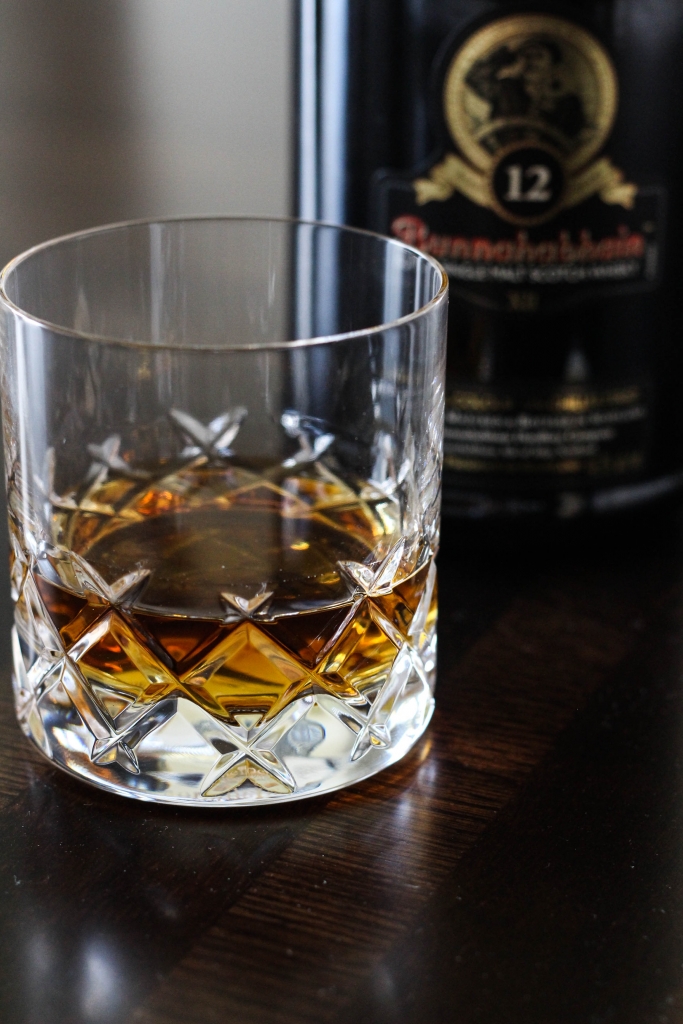 Stay tuned for many more recommendations to come in my Holiday Bar series. In the meantime, get more drink ideas here. Cheers!